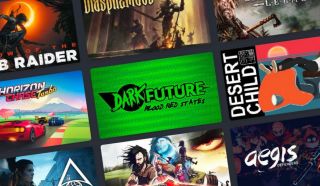 The Humble Monthly Bundle was a subscription service with a mystery twist: For $12 a month, subscribers got a mix of games ranging from high-profile big-budget releases to obscure indie stuff nobody's every heard of. The catch was that you didn't know what most of them would be before you paid. It was still often a good way to pick up games on the cheap because there was no term commitment required, so you could, as in April, grab Assassin's Creed: Origins for $12 (one game, usually a big one, was always revealed early), and then be on your way.

I say "was," because the Humble Monthly is now officially done and gone—replaced, as announced in October, with Humble Choice. Like its predecessor, it's a subscription-based service, but there's no surprise involved. Instead, the Humble Store will put together a list of ten or more games each month, from which subscribers can choose up to nine to keep.

How much you can keep depends on the plan you sign up for. The basic tier, for $15 per month or $135 per year, enables you to select any three games on the list, while the $20 monthly/$180 annually premium tier is good for nine. Both tiers also offer access to the Humble Trove, a collection of more than 90 games for active subscribers, plus discounts on Humble Store purchases—ten percent for basic subscribers, 20 percent for premium—and unlimited access to Humble Originals and betas. For people who want Humble Trove access without the free-for-keepsies games, a "lite" option is available for $5 per month or $45 per year.

Like its Humble Monthly predecessor, Humble Choice does not require a term commitment, so if you see a particularly good deal you can pop in, grab it, and then dodge back out. (Subscribing for a year will get you a discount on the month-by-month rate, though: A year at the premium tier works out to $15 per month, for instance.) Details, signup links, and other relevant stuff is up at humblebundle.com.