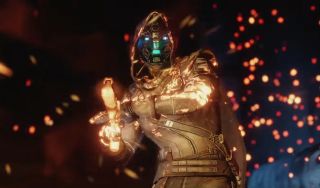 A couple of weeks ago, Bungie was forced to take Destiny 2 offline for the bulk of a day to fix a bug in an update that caused widespread loss of glimmer and rare enhancement materials. Yesterday, it happened again—it didn't take quite as long to fix (because developers knew what was going on this time) but it was still several hours of downtime for a major online game.

It's a long and complicated (but also legitimately interesting) tale, but the short version, as it so often is, is that a bunch of small problems snowballed into a big problem, and then, well, mistakes were made. And then another problem, entirely unrelated, caused the re-emergence of the first problem, which is how yesterday's mess came about.

It's all fixed up now, although not without another character rollback. (The second in Destiny 2's history, apparently—Bungie said that the rollback two weeks ago was the first.) To help prevent this particular issue (but not others, because that's the way she goes) from happening again, Bungie also specified seven "preventive measures" it's taking going forward:

Downtime and rollbacks are frustrating, but the explainer gives us a little more insight than we normally get into how and why things can go so completely wrong, so quickly: from a "conceptually reasonable" fix several months ago that spun off "subtle side effects," to "what we thought was an impossible situation" that caused yesterday's problems.

"We know today’s outage and character rollback has been frustrating for you, especially with launch of Crimson Days, just as it’s been frustrating for us to realize that this is a problem we should have been able to avoid," Bungie said. "We’re sorry for the frustration and inconvenience this caused and will continue to work to prevent these kinds of things from happening again."