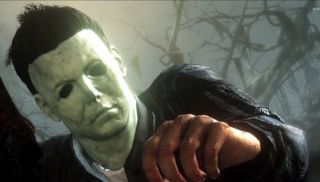 The most notable of the new maps is Fog. To go along with its horror-themed setting, players who complete a Field Order are transformed into Michael Myers, tearing up the map with his trademark axe and mask. It's a pretty weird bonus, but not as strange as if you'd been transformed into Mike Myers and forced to act out scenes from The Love Guru. On second thoughts, that would probably be more horrifying.

CoD Ghosts: Onslaught is out on Xboxes at the end of the month. The PC release date will likely be announced soon after.