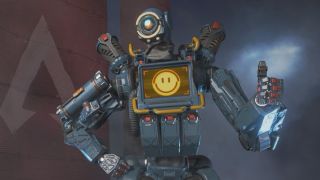 Electronic Arts announced in May 2019 that its hit battle royale Apex Legends would be brought to mobile devices, and that it would also released in China. Nearly a year down the road, neither of those plans have come to fruition, but the company confirmed during today's Q3 earnings call that the wheels are still turning.

"Rolling mobile out in China, you need to have a partner, and we're—as we've said in the prepared remarks today—we're working with a partner there, and we're very excited about the opportunity," EA chief financial officer Blake Jorgensen said during the Q&A session. "That partner is also helping us develop a mobile Apex for the globe—more to come on that in terms of timing."

A mobile version of a fast-paced, competitive game like Apex Legends might seem like an iffy proposition, but we should remember that other games in the genre have managed to pull it off. Two years ago, James found that "Fortnite's mobile port works better on my tiny, outdated phone than it has any right to." Apex Legends isn't quite Fortnite, but it did lead EA's growth in digital net bookings—the net amount of products and services sold digitally or sold-in physically—which now represents 77 percent of the company's total net bookings.

EA also confirmed that a PC version of Apex Legends, developed by the same partner, is being developed for China. We should learn more about this in May, when EA shares its Q4 financial results.