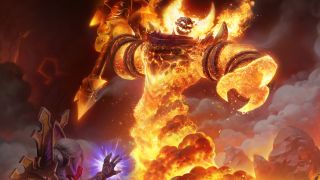 If you haven't had a chance to try World of Warcraft Classic yet, Blizzard is running a stress test on June 19 in the Americas and Oceania regions. Announced earlier today, this stress test will run for 48 hours.

There are some restrictions to keep in mind beyond the fact that this test isn't available for European players (they'll likely get their own at a later date). For one, you have to have an active subscription to World of Warcraft in order to participate. Secondly, this stress test has a character level limit of 15, though every race and class is available to try. Considering how slow leveling is in Classic, though, you'd have to devote quite a few hours to hit level 15 in that 48 hour window anyway.

The good news is that the level cap still allows players to participate in Warsong Gulch PVP matches or group up to take on Ragefire Chasm, Wailing Caverns, and the Deadmines. There's also a good chance that Blizzard will liven things up by spawning world bosses in capital cities just to screw with everyone.

Starting tomorrow, June 18, you'll be able to download WoW Classic from the Battle.net launcher so you can be ready for 2 PM PDT, June 19, when the stress test begins.