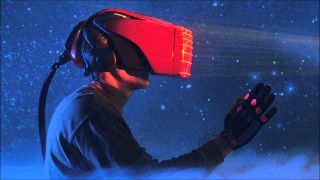 If you've been following our PAX South coverage, you know that I interviewed a whole lot of developers last weekend. What you didn't know is that after each of those interviews, I asked them all the same question: Will 2016 be the year of VR? It's a divisive question, and unsurprisingly we got a wide range of answers. Developers of hardware, indie games, and big-budget games all weighed in on what they expect for VR this year. Watch the video above to hear what they had to say.