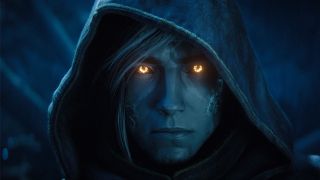 Find all previous editions of the PCG Q&A here. Some highlights:
- What's the best game you ever received as a holiday gift?
- What's your favorite line of dialogue in a game?
- Which 2018 game is still on your pile of shame?

Everybody has a different personal definition of 'grind' and that's OK. Maybe it drives you wild if a game has even a trace of repeated activities that make numbers go up or unlock new things. Maybe you think grind is a good thing and can't get enough of it. Maybe you think it only counts as grind if it's [extremely specific example here], and everybody else is very wrong and should be ashamed of themselves.

Most of us have at some point put down a game because there was that one bit where it bored us with too much repetition. Our PCG Q&A this week is: What game did you quit because it was too grindy? Let us know in the comments below.

People were criticizing Ubisoft's side activity-strewn open world maps before Assassin's Creed Origins, so it came as a surprise to me that with that game and its follow up Odyssey, a lot of those side activities became necessary in order to progress the story. I'm not a believer in games wasting my time, and I don't want them to respect my time: my time doesn't deserve respect. I get that people love to buy games that take hundreds of hours to complete. But that doesn't change the fact that I loathe doing boring and repetitive tasks in order to level up enough to tackle a main story quest. It's just dull, it kills a game's momentum. I no longer feel like I'm on an adventure; I feel like I'm ticking boxes.

I guess Odyssey would be a good answer for me too, because I—gulp—paid for the experience booster. Both Odyssey and Origins suffer from a slightly flawed implementation of progression system, but I like almost everything else about them, so I still persisted in playing them. Star Wars Battlefront 2, even after its patch, is a game with a baffling number of star cards and mods that I couldn't be bothered to figure out—and I didn't enjoy the act of opening crates, even if they're free. I couldn't tell whether my competitors were getting a real edge from the cards they'd earned, or how long it'd take to unlock some that were just as good.

Rather than think about it too hard, I deleted the game after beating the campaign, writing it off as a pretty but disappointing attempt to make a Star Wars game during the most active period in the series' history.

I was so excited for Destiny 2—I'd poured hundreds of hours into the first game and really wanted to get back into that world and see what was new. But that desire to go back almost immediately came into conflict with the game wanting you to essentially start from scratch.with a character reset. It felt like my investment in the original game was a hindrance, because it meant I was aware of everything my character was missing and would need to earn back. That changed happy repetition of tasks into a grind to get back to my character's "normal" state. I'm still trapped within that dichotomy. I want to go back. I want to play Destiny 2, but I don't want to have to earn it all over again.

I'm a sucker for a good grind, so it takes a lot to put me off. Path of Exile is a brilliant action RPG with strong character customization, but the skill board is absolutely terrifying. I keep meaning to go back and see how the game has evolved since launch, but every time I look at screenshots the skill tree comes to mind, and I'm struck by the hundreds of hours of effort it will take to explore and master it. Many games ask you to grind for rewards, but few lay out the scale of the grind quite as efficiently as this enormous web.

In Baldur's Gate 2 there's a bit where you need to pay one of the factions for information to track down the villain. You have to wander off into sidequest town to raise the funds, which is a neat way of incorporating some sidequests into the main plot without it feeling like you're slacking off by pursuing it. There's some good meaty stuff in there too, sidequests that take much longer than the ones from the original game.

Anthem puts off the main storyline by giving you the tomb trials, a checklist of how many treasure chests you need to open, combos you need to perform, and similar trivialities. If you're lucky you've done enough of these specific things to breeze past. If not, you mostly wander around in freeplay hoping to stumble across world events (another item on the checklist), until you can't help but see how identikit their design is. Fight the waves, pick up the things, fly to the next one. I opened three of the tombs and gave up.