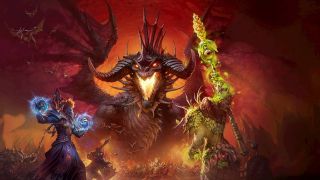 When World of Warcraft Classic went live in August 2019, we pondered the question of its long-term viability. Some of us believed that it would have legs, at least as long as Blizzard continued to provide updates, while others expected it to be a flash in the nostalgia pan.

It's still early, but at this point it looks like those who bet on its durability are going to come out on top. Activision said during today's Q4 financial presentation that World of Warcraft's "active player community" at the end of 2019, defined as players with monthly or longer subscriptions, was more than double what it was at the end of the second quarter, less than two months prior to the launch of Classic.

"When we designed the model for World of Warcraft Classic, it was important that players have a single existing subscription to support both games. We think about the WoW community as supporting both, even though Classic and Modern are very distinct experiences. And we're committed to continuing to support both of those experiences over the long term," Blizzard president J. Allen Brack said during the Q&A call.

"Given the content updates for Modern WoW, and the cadence that we have for Classic, we exited our year with a subscriber base that was double what it was at the end of Q2. And we also see players remaining engaged in both versions of the game. We launched Visions of N'zoth, which is a content patch for Modern WoW, in January. Engagement with Classic has been particularly strong in the East, and we see very high levels of player retention there."

Phase 3 of World of Warcraft Classic's update schedule, which will add the 40-player Blackwing Lair raid, is set to go live on February 13.