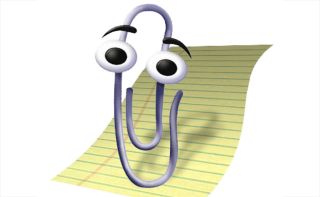 Find all previous editions of the PCG Q&A here. Some highlights:
- Which keys do you always rebind?
- Do you turn your PC off at night?
- Which online games would you resurrect?

It can be hard to say goodbye. We mourn a bit when old, familiar software like AIM is retired or we hear that Microsoft Hearts is going dark. Software doesn't age as quickly as hardware, but it does eventually grow long in the tooth, even when it's still being updated by developers.

But just because something is old doesn't mean it needs to be left behind! (At least I hope not, because my beard is getting whiter every month.) Even if software has been around for decades doesn't mean you can't still use it.

And so that's our question this week. What's the oldest program you have installed on your PC? Do you have any software relics you keep for nostalgia's sake, or that you still use regularly because, frankly, they're still better than newer products? Our answers are below, and we'd like to hear yours in the comments.

When I joined PC Gamer about 6 years ago, I inherited the PC of Tom Francis, who had recently left to become a hotshot game developer. And I noticed that he had some ancient-looking software called IrfanView installed for viewing and editing image files. I kept meaning to uninstall it, but I also kept noticing that it was actually really useful—particularly for quickly copying files to another folder using keyboard shortcuts.

I know. Exciting, right? And now I use the damn thing every day. If I'm doing a fresh Windows install, it's one of the first things I download. It's 23 years old, but still enormously useful.

I'm another devotee of IrfanView like Andy, but I want to give a shout-out to Fraps, the 20-year-old capture program that hasn't been updated since 2013 and yet still just works in situations where modern programs sometimes don't. If I want a screenshot of something I'm emulating, or a prototype, or a game that OBS doesn't like, Fraps has got my back.

My actual oldest installed program though is Gateway to the Savage Frontier, one of SSI's Gold Box games from 1991. I just really like turn-based D&D.

I don't know why I still have mIRC installed, but I still have mIRC installed. And it's licensed! It's a licensed copy of mIRC. Granted, I didn't pay for it until October 29, 2006 (according to the email I just dug up), and at that point I'd probably been using it for eight years already, but I did actually, eventually register it. Paid my $20 and was happy to do it. You should too, even if you don't use it anymore! Because if you used it back then (it arrived in 1995), you probably used it a ton.

I don't chat on mIRC these days, and can't really remember the last time I did, but I've got plenty of fond memories and in some ways it still feels superior to Slack and Hipchat and Discord and every other damn chat program I've used over the years. Maybe someday Discord and Slack will fail and we'll all start using mIRC again, and slap each other around a bit with a large trout.

I've got Fraps installed as well, but at least it was updated in 2013. I've also got MS Office 2010, the last great Office before everything became a subscription, which I still stubbornly refuse to pay. It's been updated more recently than Fraps, but I'm not sure those updates did anything more than plug a few security holes. Anyway, while Google Docs and Spreadsheet are mostly fine, I need the power of Excel's graphing system and Visual Basic to streamline the creation of all my benchmark charts. You can have Excel when you pry it from my cold, dead hands.

I also use Notepad++ all the time, and it receives regular updates. The first release was way back in 2003, and I've been using it for at least 15 years. It's an awesome alternative to the garbage Windows Notepad, with color coding of things like programming scripts, HTML, and even batch files. It's one of the first things I install on every PC (via the superbly useful Ninite.com).

Mine is also mIRC, but unlike Chris I still use it almost daily to maintain a 20-year conversation with one particular weirdo who, like me, refuses to let it go. My copy is registered and has been for many years, but in 2016 the registration stopped working. Nothing changed, it hadn't been upgraded or reinstalled, it just reverted to an unregistered state, and that was that. The code recovery option on the mIRC website didn't work (turns out my registration was simply too old for it to recognize), so I emailed creator Khaled Mardam-Bey (who is still releasing regular updates) to explain the situation and request a new code. I received no reply, so after awhile I emailed again, explaining that I was an important person with an important problem and so he should pay attention to me.

Eventually he did, saying in effect that I'd spent $15 or whatever it was on a program I'd been using since the mid-'90s and maybe instead of hassling him I should stop being so damn cheap and spring for another code. (He was actually really nice and helpful, but friendly encounters don't carry much drama.) But he sent along a new registration key, too! I felt like such a dick, I purchased two more keys on the spot. Sorry, Khaled.

I recently started using a free program to view and edit pictures called Honeyview. I'd never heard of it before, but its update log goes all the way back to 1999 (which isn't much younger than me). It's great for instantly making small edits and converting image formats. Quickly converting an oversized PNG to a website friendly JPEG has never been easier. Other than that, I'm apparently a very modern PC user. I barely even know what this IRC thing is that Chris and Andy are going on about. I think it was social networking before it sucked.

Keeping with the trend of benchmarking and other utilities, the oldest program that I like to keep installed on my computer is the Guru3D RivaStatistics Server. It can be a little complicated to get set up and running reliably, but it's still a great way to monitor a whole bunch of statistics at once, or just keep tabs on simple frame data. The original stable release was made public in 2009 and has since added support to work with a variety of other tuning and benchmarking software.

Count me as another IrfanView fan. There was a period, back when the site ran on Wordpress, that we had to manually crop and resize images to make them look good, and there's nothing else faster for the job. The Shift-C, Ctrl-Y, Ctrl-R, S combo is muscle memory at this point.

Beyond that—and Fraps, which I also still use, albeit not so often thanks to Steam and Shadowplay—the oldest thing on my hard drive is the audio player foobar2000. This is a mid-2000s hangup from when I spent days digitising my music collection and then got annoyed by how Windows Media Player would display it. It took a while, but foobar2000 is customisable enough that I managed to craft a library that satisfied my specific organisational requirements. I probably don't even need it any more—most of my music is also available on Spotify—but it's a handy hit of nostalgia for whenever the mood takes me.