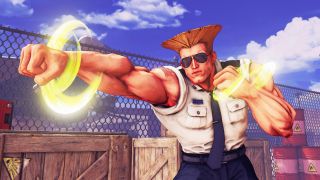 A new meta is developing in Season 2 of Street Fighter V as the changes to the game, especially the changes to Dragon Punches, throws and V-Reversals, push new characters up the tier list. Quite a few characters are suddenly a lot more competitive. It’s likely that we’re going to see a few new faces in the top eight of tournaments when the 2017 Capcom Pro Tour kicks off again. Here are the five characters that are likely to make an early impact in Season Two.

Obvious disclaimer: I know tier lists are ultimately opinion. Yes, I know that a tier list before there has even been a CPT event is utterly ridiculous. However, tier lists are fun and in any actual sport, much is discussed of team’s chances before they’ve even kicked a ball. It’s going to be even more fun to see how utterly wrong/right I am once everything kicks off again.

Towards the end of Season One, Guile had started to look like an extremely solid character for any player to have in their back pocket, especially for the Chun-Li/Shoto match ups. Hell, Daigo dedicated an episode of his Beas.TV show to him and a bunch of top level Japanese players trying to figure out how to beat Guile. Now, with a few tweaks to his unique normals—like his sobat having no low hurtbox and his frame advantage on his bazooka knee being reduced to -3, meaning it is pretty much safe on block, Guile has much greater control of the neutral game on top of his nearly peerless screen control.

His V-Gauge has also been reduced from three bars to two, so although this means he doesn’t get as much out of his V-Trigger (which does mean less ridiculous Sonic Boom loops, although players have already found a modified version!) It also means that he will max the V-Gauge out much quicker into the round. Season Two Guile is currently sat extremely close to the very top of the pile.

These were the moments that defined the fighting game scene in 2016.

This one might be a problem. Urien was a pretty solid character upon his release at the end of Season One, creeping into the higher parts of the overall tier list. He received nothing but buffs in the Season Two patch, making him a terrifying prospect for most of the roster. His punches now have greater frame advantage, opening up more combo routes, including ways to combo into his c.MP, which is the gateway to all of his most damaging stuff.

His jumping LK can now be used to cross-up an opponent. His Quarrel Kick, which people would accidentally do when trying to anti-air with standing HK due to being caught charging back, has now been moved to down-forward and HK. There’s more, so best be aware that Urien is going to feature in this year’s CPT quite a lot.

Balrog has been given a very interesting change, and that is that his Screw Upper has been changed from a charge move to a DP motion, meaning he can use it with much greater ease and on reaction to jump-in attempts. Should he land this move, he can follow it up with some hugely damaging combos—the kind that suck 40-50% of your health bar up and leave you wondering what the hell just happened.

Most of his buttons have been buffed to give him more frame advantage, and notably his c.MK has had it’s properties changed from hit high to hit low, offering Balrog players another way to sneak a hit in and pop V-Trigger for some massive damage. Balrog doesn’t need many big hits to win a match, and he now has far more ways to land them.

Okay, so Laura did win one tournament last year, but it was the very first one in Street Fighter V history and she won absolutely nothing else since. However, she’s this season’s Mika. Laura has had a whole load of buffs and is likely to be right up there with the best characters in the game during Season Two. Faster normal attacks, all of which have better frame advantage and therefore can be comboed with things that didn’t work during Season One, as well as a better command grab (with the EX version being projectile invincible now)  mean that Laura can put some extreme pressure on her opponents and constantly make them fear the threat of the command grab. To make matters worse for anyone who hasn’t picked up Miss Matsuda yet, the nerf to invincible reversals now means that if you find yourself meterless, a Laura player can force her shenanigans on you without fear of punishment.

‘Gief mains won big with the Season Two patch. Zangief has been given a much-improved Spinning Clothesline, a few actual combos and his c.MK is now +2 frames on block, allowing for some nasty mixups, which is what you want from a beastly grappler. Zangief is still going to struggle to get in, but when he does he's significantly scarier than before. This, coupled with the changes to invincible reversals across the board, means that much like Laura a Zangief player who has practised his meaty setups can go in fearlessly on an opponent with no meter. He can also confirm into his devastating Critical Art from far more buttons now. It’s looking like a much brighter 2017 for ‘Gief players. Still no Green Hand, though.