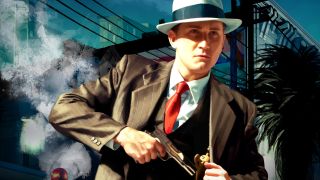 There are few things more enjoyable in a work of fiction than a good mystery. Those impossible crimes that make the gears in your brain churn. Inexplicable murders, mysterious disappearances, and perplexing riddles. And while reading or watching such stories in novels, TV shows, or movies is a lot of fun, games let you go one step further and take part in the investigation yourself, experiencing the satisfaction of cracking a case first-hand. The following games are the best examples of virtual sleuthing that you can play on PC today.

Return of the Obra Dinn

The crew of the Obra Dinn has mysteriously disappeared, and it's your job, an insurance investigator, to find out what happened. Using a magical pocket watch you can revisit the exact moment of a person's death, and through these vignettes you piece together their name, how they died, and who (or what) was responsible. This is an immensely satisfying detective game because it trusts you to solve each mystery yourself with almost no hand-holding.

Frogwares has been making Sherlock Holmes games for years, but it struck gold with this one. It’s one of only a few games in this feature that actually make you feel like you’re doing some real detecting. Clues gathered from the remarkably detailed, atmospheric crime scenes can be pieced together in Holmes’s mind, and the conclusions you draw might not always be correct. A classy, understated game, evoking classic UK TV detective dramas. There’s the odd badly designed puzzle, but otherwise this is one of the best examples of the genre.

You've been hired as an Enforcer: an internet detective tasked with hunting down illegal content on the GeoCities-inspired Hynospace. This garish simulated '90s internet, inspired by the golden age of the web, is hiding all kinds of illegal content: pirated music, copyright infringement, harrassment, malicious software. And you really have to work to find the offending material, infiltrating hacker collectives, locating hidden pages, and cracking passwords.

A group of students think they’ve been invited to study at an elite school called Hope’s Peak Academy, but have in fact become unwitting pawns in a sinister, deadly game. Trapped in the school by a mysterious villain called Monokuma (pictured above), the only way to escape, or ‘graduate’, is to kill another student and get away with the crime undetected. And when students start dying, it’s up to you to search for clues, interview people, then make your final case in court. And if you pin the crime on the wrong person, everyone dies.

Inspired by pulp detective fiction and too many films to list, this lavish crime thriller is a change of pace from Rockstar’s usual open world output. It’s a slow, methodical game of clue-hunting and suspect interrogation, set in a stunningly authentic and well-researched recreation of 1940s Los Angeles. The city isn’t a GTA-style playground, but an elaborate film set for a variety of cases, from brutal serial murders to stolen cars and arson. It’s more linear than it first seems, but the rich atmosphere and intriguing cases make up for it.

Read more Why I Love: The City of L.A. Noire

What’s interesting about Her Story is that everyone’s version of the story will be different. You take a non-linear path through its mystery by searching a fragmented archive of video clips, and the story becomes clearer with each one you uncover. This unique freeform structure, combined with understated and believable police interview clips, makes it a bold narrative experiment. And piecing together the story really makes you feel like a detective.

Broken Sword: The Shadow of the Templars

An American lawyer on holiday in Paris takes it upon himself to solve the mystery of a fatal cafe bombing. The first Broken Sword is still the best, elegantly weaving real-world history with a tale of murder, cults, and conspiracy. George Stobbart is proof you don’t need a badge or a gun to be a good detective.

While Sierra’s Police Quest series traditionally sees you playing as a cop, Open Season gives you the chance to step into the shoes of a homicide detective investigating a spate of killings. Set in LA in the 1990s, it’s the most realistic game on our list, with a focus on real-world crime scene protocol and procedures. Overall it’s fairly terrible, but an interesting take on virtual detecting.

Based on Terry Pratchett’s Discworld series of comic fantasy novels, this send-up of hard-boiled detective fiction has a distinctly British sense of humour. Its shadowy, rain-soaked setting, Ankh-Morpork, is brilliantly atmospheric, and it manages to be both a parody and a loving homage to film noir.

Being a detective isn’t always about being a force for good. In the dystopian Orwell you’re a government agent who’s been given permission to pry into people’s personal lives, digging through private chats, emails, and social media profiles to pin crimes against the state on them. Privacy be damned.

Set in the Land of the Dead, Grim Fandango sees salesman Manny Calavera becoming embroiled in a shady conspiracy. It’s not a traditional detective game, but its visuals and atmosphere are so steeped in film noir imagery that it feels like one—and cracking the conspiracy involves a touch of sleuthing.

Tex Murphy: Under a Killing Moon

With its sleazy jazz soundtrack, gritty monologues, and trenchcoat-wearing hero, Under a Killing Moon is unashamedly an homage to film noir—but set in San Francisco in 2042. Murphy, a booze-soaked PI down on his luck, suddenly finds himself on the wrong side of a doomsday cult.

This cyberpunk adventure is set in the far future, and takes place on a distant planet in the Gemini system. In a rainy Blade Runner-inspired urban setting, it follows cop Azriel Odin as he tries to track down his missing brother. There are two playable characters, whose stories become entwined.

Private dick Carl Faubert arrives in a snowy town in Northern Quebec, only to find it mysteriously abandoned. This atmospheric game blends adventure and survival, and although it’s light on detecting, gives you a compelling mystery to solve.

This adventure game perfectly captures the mood of the classic dystopian sci-fi film. Playing as a rookie Blade Runner called Ray McCoy, you’re tasked with hunting down a group of rogue replicants. The story mirrors the film a little too closely, but McCoy does a lot more detecting than Deckard. Much of the game is spent scouring the rainy streets of a futuristic Los Angeles for clues. Brilliantly, there’s a random element when you start a new game, and you never know which of the characters might secretly be a replicant—including yourself.

This adventure is one of LucasArts’ most fondly remembered, and with good reason. It follows freelance detectives Sam (the dog) and Max (the rabbit) as they track down a bigfoot who’s gone missing from a carnival. The case takes them across the United States, and it’s genuinely funny throughout.

Read more The making of Sam & Max Hit the Road

Set aboard the Orient Express in 1914, The Last Express is a superb crime thriller with a unique real-time structure. You have limited time to solve a variety of mysteries on the train, including the brutal death of a passenger—who also happens to be your friend. There’s never been another game like it since.

Before it goes all indulgent and supernatural at the halfway point, Fahrenheit (also known as Indigo Prophecy in North America) is a brilliantly tense thriller. The opening scene where you cover up a murder scene as one character, then investigate it later as a homicide detective, is a highlight. A confused mess of a game, but one with a few standout moments.

Gabriel Knight: Sins of the Fathers

Another classic ‘90s adventure, set in a city rarely featured in games: New Orleans. Knight is investigating a series of voodoo-related murders. He’s no detective—he’s an author researching a book—but that doesn’t stop him from studying crime scenes and interrogating suspects as he hunts for the truth. Sins of the Fathers was inspired by Alan Parker’s brilliant neo noir Angel Heart, which dealt with similar themes.

Taking its inspiration from David Lynch’s cult TV series Twin Peaks, this is one of the strangest games on PC. It’s the tale of an FBI agent hunting a serial killer in a small American town, and a semi real-time structure means you have limited time to investigate crime scenes and interview people.

This reference-heavy and winning adventure is pretty traditional when it comes to point-and-click puzzle design, but the funny writing and great characters make it. You play as Francis McQueen, and along with sidekick and foil Dooley, you solve cases with a hidden supernatural element. FTL's Ben Prunty provides the excellent, atmospheric music.

The Vanishing of Ethan Carter

In this atmospheric first-person indie game you play as Paul Prospero, a private investigator with supernatural powers. He’s able to visualise a crime long after it’s happened by studying clues, and uses this ability to uncover the dark, twisted secrets of the disarmingly beautiful Red Creek Valley.

Geralt of Rivia is basically a fantasy gumshoe, who begins most quests by using his witcher senses to look for clues. He even has the gruff voice and weary manner of a film noir detective. Solving murders, rooting out corruption, and exposing liars are just a few of the cop-like activities he indulges in.

This grimy, underappreciated horror game is notable for featuring a lead character who both investigates crimes with high-tech equipment and beats drug addicts to death with a steel pipe. The detective bits take a back seat later on, but early sections are reminiscent of Seven’s gruesome crime scenes.

The Shivah was developed by Wadjet Eye's Dave Gilbert and features the unlikely hero of a middle-aged Rabbi. It’s short, but it’s remarkable in its lack of hand-holding. A former member of his synagogue has been murdered under mysterious circumstances (aren’t they always), and he takes it upon himself to find out why. It’s a mature story that deals with issues of faith and morality, but with a few jokes too. Make sure you play the enhanced Kosher Edition.

The Wolf Among Us

Based on Bill Willingham’s Fables comic series, this episodic adventure from Telltale has a distinct film noir feel. It’s set in a world where fairy tale characters are real, and living in secret in New York City. The severed head of a girl on the doorstep of reluctant hero Bigby Wolf triggers its dark mystery.

Read more The Wolf Among Us review

And now for something completely different. This obscure old game, renamed Conspiracy for its CD-ROM release, sees you working inside the KGB at the end of the Cold War, trying to root out corruption. A very different take on the detective genre, and brutally, punishingly difficult. You have been warned.

This forgotten Konami game (called Shadow of Destiny in North America) sees you traveling between time periods, trying to solve the mystery of why someone keeps murdering you—and why you keep waking up afterwards unscathed. A bizarre curio with some really interesting ideas.