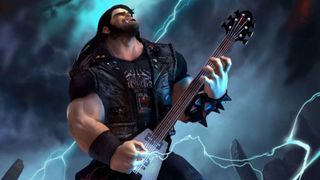 One thing about Steam that's always been kind of a low-key pain in the ass is the way it handles game soundtracks. They're sold as DLC, which means you can only buy them if you own the base game, and if you want to download them to your PC you must have the game installed first. It's also a hassle to manage your music, because Steam has no built-in functionality to handle it: You either have to browse for it on your hard drive manually, or access it via the DLC tab in the game properties menu in your Steam library. It's not the worst thing ever, no, but it sure could be a lot better.

As of today, it will be—for new releases, at least. Valve has unveiled a new system for game soundtracks on Steam that will decouple them from their associated games and allow them to be sold standalone as a new "soundtrack" app type. That will enable a number of improvements over the DLC system:

Standalone soundtracks will all be available in a "standard" MP3 format but can also be offered in optional higher-quality formats, like FLAC or WAV, and they can also contain "bits of associated content" like album art or liner notes that can be accessed from the soundtrack's details page. A new interface has also been added to Steam that will enable "common actions" for soundtracks, such as playback, browsing, and managing content.

The new soundtrack system is live today, but it'll take some time before it really makes an impact because existing soundtracks will continue to be treated as DLC unless and until developers convert them. That doesn't sound like it will be a big deal—Valve has created a tool for developers that will automate the process—but until that's done, you'll have to continue accessing your favorite in-game music the old, crappy way. (It also means that older soundtracks are likely to go unconverted.)

"This is an initial release of these features for partners," Valve said in the announcement. "We're planning on launching these features in a wider way, including a sale event, on January 20th."

That could be a soundtrack-specific sale, or it might be the start of the Lunar New Year Sale: The first day of the Chinese New Year in 2020 is January 25.