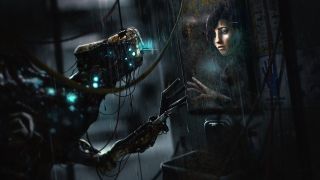 It's been a couple of years since Frictional Games, the studio that over the past decade has given us the Penumbra trilogy, Amnesia: The Dark Descent, and Soma, revealed that its next "horrific" game was in full production, yet we still know nothing about it. That may be about to change, however. Rock, Paper, Shotgun recently noticed that the Frictional website has been updated with a link to "Next Frictional Game," and more importantly the nextfrictionalgame.com website is doing something different now, too.

The fun thing about that site is that Frictional has maintained it for more than a decade, updating it very slowly to promote whatever project it currently has in the pipe. In September 2008, for instance (via the Internet Archive), it teased the followup to the Penumbra games: "Set in the late 18th century the player will explore the eerie environments of an old castle. It's a journey through horrors and disturbing sights, built up during centuries of decay."

That, as we know now, became the spectacularly scary Amnesia: The Dark Descent. The second Amnesia game, the Chinese Room-developed A Machine for Pigs, and Soma got the same sort of treatment.

For the past four years, the site has displayed just a single line of text—"Our next project has not yet been announced."—on a black background. But at some point between November 28 and today, that changed. The text is gone, and in its place is a pulsating... something. A small ball of electricity, perhaps, or a sentient bit of bellybutton lint. Or a Stalker anomaly! Honestly, I have no idea. But it's definitely ominous.

An obligatory glance at the page source doesn't reveal any secrets, but that's okay because what's important at this early stage is that things are happening. Frictional's games are awful (in the best possible ways) and I honestly don't enjoy playing them, but at the same time I can't not play them and I'm really excited to see what it's getting up to next, even though I wish I wasn't.

Yeah, it's weird, but as our review of The Dark Descent makes clear, that's the way it goes: "It was utterly, panic-inducingly horrible ... When it was all over, I nearly had a little cry"—loved it, 88/100.