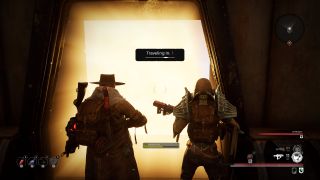 Remnant: From the Ashes was one of the quiet successes of the year. The co-op, Souls-like shooter sold a million across PC, Xbox, and PlayStation in about two months, and Gunfire Games is working on some nebulous new stuff for 2020. I liked the approach Gunfire took to making a 'generated' game: Remnant's straightforward character progression; its handmade but randomly-assembled level layouts; its dumb laser shotgun.

I wouldn't call Remnant a roguelike, partly because it isn't randomized in the way that Enter the Gungeon, Spelunky, or other games in that genre are. When you start a campaign, Remnant generates a unique seed for your save file that locks your whole playthrough to a personal set of secrets, bosses, and items, drawn from a small library of those things. In my game, when I reached The Tempest Court area, I always had to fight Totem Father, a towering shaman who guards an arena of stone pillars. But my friend in Discord had never seen that boss: they'd always fought The Ravager in its place, a giant wolf.

I played the same game as my buddies, but we encountered different stuff. I hadn't had this feeling in more than a decade: the urge to swap stories with a small friend group, trying to out-surprise one another with the rare loot or secret rooms we'd stumbled on.

In the fog of launch week, without guides and many YouTube clips to light the way, we traded screengrabs and self-recorded clips in Discord (more evidence that when you play a game matters as much as anything). It took me a dozen tries to kill the tree dragon waiting at the end of Act 1, but my friend cakewalked past a towering Ent in his campaign. A third friend later claimed that if you break the Ent's tree trunk legs before killing him, Remnant drops a totally different weapon reward. "Oh yeah, and did you find the guy who sells soup in the crashed helicopter? Talk to him 25 times and he gives you his pocket watch." Yeah, right.

It's not the same feeling as, say, getting a slightly more powerful sword from a boss in Diablo than your buddy. In order to get some of the Remnant guns, melee weapons, and weapon mods that my friends acquired, I had to join their campaign in multiplayer and they had to lead me by the hand toward something I'd never seen before. It was really fun to return the favor with random, lower-level public players—there's a humble vendor that transforms into a miniboss at one point in the game, and triggering this fight without warning surprised the hell out of my co-op teammate. "Hey kid, watch this."

Remnant's division of content was my favorite thing about the game because it resurrected something I thought the internet had killed long ago: the urban legends that friends and I used to trade about the games we were playing.

In the '90s, before we could simply speak into our kitchens and be heard by Google, it was hard to verify the tall tales your friends told you about the games they were playing. If you click the cows in Diablo 99 times, it'll open a secret portal to a Cow Level! Yeah, and you can actually save Aeris and get a different cutscene if you equip the special Materia. My brother says that if you put two CDs in the tray, it mixes the games together into a single game.

In this ancient age of locally-grown misinformation, no one knew anything. Even slightly obscure strategies became big pieces of insight: If you put the Two Swords ability on a Monk in Final Fantasy Tactics, they'll punch twice.

It's an experience that's almost unavailable to us in 2019. If wikis, walkthroughs, and guides don't contain the answer you need, you can just ask a developer yourself on Twitter or Reddit. It's true that forum culture has still managed to produce prominent hoaxes that have taken a life of their own, like Minecraft's Herobrine character. But for the most part, the age of mystery has been replaced by certainty, and I didn't expect a 2019 game to bring it back.