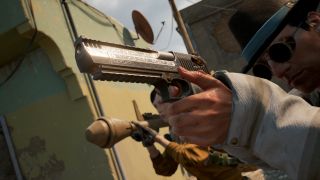 PUBG Corporation, the developer of PlayerUnknown's Battlegrounds, has decided to postpone its first competitive event of the year amid fears surrounding the coronavirus.

In a statement, PUBG Corporation said that, while it is committed to hosting four major events this year for PUBG's competitive scene, PGS: Berlin, due to be held this April, will be rescheduled. Qualifiers for the event may also be postponed, as the World Health Organisation has declared the spread of the novel coronavirus a "global health emergency".

This isn't the first esports event to be delayed due to the virus. At the start of February, PUBG's Chinese tournaments were cancelled, and Blizzard cancelled a number of its Overwatch League matches due to be held in the country. League of Legends' LPL league also saw matches postponed, while Counter-Strike: Global Offensive and Dota 2 saw their events at the 2020 World Electronic Sports Games event in Macau cancelled outright.

At the moment, 14 cases of the coronavirus have been confirmed in Germany, with no deaths. In China, where the virus originated, there have so far been 40,000 cases and 908 deaths. Large regions of China, and millions of people, remain under quarantine.