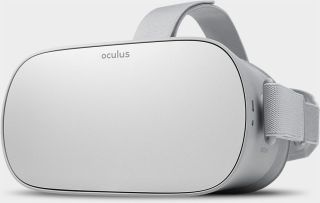 The Oculus Go was already one of the more affordable VR headsets on the market, and now it's even cheaper. The 32GB model has been reduced to $149, and the 64GB model to $199.

These are permanent 25 percent price cuts, as opposed to limited time deals or some kind of promotion.

"Oculus Go is now priced at $149 USD, which is equal to a $50 price drop. We are applying comparable discounts across all countries where Go is sold. Updated pricing is rolling out to all channels," Facebook said in a statement.

The new pricing matches the Black Friday discounts we saw on the Oculus Go a couple of months ago. It's not as fully featured as the Oculus Quest, the best VR headset for most people (in terms of bang-for-buck), but it's one of the least expensive ways to experience VR.

Before you pounce, though, just bear in mind the Oculus Go is fairly basic compared to higher end headsets. Features and specs include:

One thing working in the Oculus Go's favor is that it's a standalone headset—all of the necessary hardware is self-contained, so you don't need to tether it to a PC or jam a smartphone in the visor. It also features built-in speakers and offers three degrees of freedom tracking (3DoF) for the headset and remote-style controller. That basically means it can track head movements (tilt and rotation), but lacks positional tracking support for detecting forwards, backwards, up, and down movements.

In comparison, the Oculus Quest is also a standalone headset, but with more powerful hardware and better tracking capabilities (6DoF). More recently, Facebook updated the Oculus Quest to support a PC connection cable for playing regular Rift games. Because of that, you will be able to play Half-Life: Alyx on the Oculus Quest, but not the Go, which can't be used with a link cable.

The Oculus Go is a much cheaper option, and therefore it is easier to overlook some of its disadvantages. That's especially true for users who want to test the VR waters without spending big on the experience.

Amazon is not show any stock of the 32GB model available right now, but that is expected to change soon. In the meantime, you can find the Oculus Go selling for its newly discounted price direct from Oculus and at Best Buy.