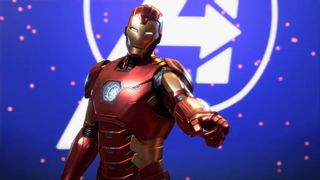 Marvel's Avenger's has been a long time coming. Two years after originally announced, Square Enix finally unveiled it at E3 2019. The developers at Crystal Dynamics, better known for Tomb Raider, will be tackling this particular superhero spinoff. Marvel's Avengers won't fit in with the Marvel Cinematic Universe. Instead, Crystal Dynamics is telling a story that begins on celebratory A-day and branches off with the usual explosions and collateral damage.

Crystal Dynamics' take on Marvel is a 3rd-person action adventure game with QTEs and a smattering of RPG elements. It says that Avengers isn't just for hardcore gamers.

This is the first part of what's described as a "multi-year, multi-game partnership" between Square Enix and Marvel. Avengers won't be the only Marvel game you'll see from Square Enix, then.

When is Marvel's Avengers coming out?

Square Enix originally announced a May 2020 date for Marvel's Avengers. It has since been delayed until September 4th, 2020 for PC, PS4, Xbox One, and Google Stadia.

Square Enix recently released an official "game overview" video for Avengers that mostly goes over what we already know about the game's structure and story with some new info as well. We now know what Ms. Marvel plays a big role in the story as she reunites the heroes after the opening disaster.

The previously leaked demo shown to press at E3 2019 and panel attendees at San Diego Comic-Con is finally live for anyone to watch. The demo covers the opening of the game, walking the player through a section with each of the four avengers.

Marvel's Avengers will have singleplayer and four-player co-op

From what we gather from Square's press release, Marvel's Avengers will have separate missions designed for single player and co-op. There will also be an extensive multiplayer component. "Master extraordinary abilities, customize a growing roster of Heroes, assemble into teams of up to four players, and defend the Earth from escalating threats," the press release reads.

"Featuring regular content updates, the game will take players on an epic journey delivered over multiple years. This is what’s next for the Avengers." This makes us think it's probably going to be a Destiny-ish game with a lot of repeat play, but we'll know more about this leading up to release.

Crystal Dynamics, creators of Tomb Raider, with Eidos Montreal (creators of the last two Deus Ex games), Crystal Northwest, and Nexxes Software. Considering the game has big plans for post-launch content and multiplayer, it makes sense that so many hands are on deck to make Avengers work.

Marvel's Avengers has an all-new, original story disconnected from the MCU

We've known for years that Marvel's The Avengers would have a unique story disconnected from the Marvel Cinematic Universe, but now we know what that story will look like.

Marvel's Avengers begins during A-Day, a celebratory day for the Avengers coinciding with the unveiling of their new headquarters and helicarrier. After a tragedy resulting in death and destruction, the Avengers are blamed for the incident. "Five years later, with all Super Heroes outlawed and the world in peril, the only hope is to reassemble Earth’s Mightiest Heroes."

In the reveal trailer, we also see that Captain America perished in the blast that wiped out a chunk of New York. Crystal Dynamics made a point to say that you would be playing as Cap in the game, so unless they're only talking about the opening mission, we doubt he'll stay gone for long.

Despite Marvel's Avengers being its own thing, if some of these story beats are starting to sound like Avengers: Endgame, you're not the only one. Both projects have been in development for years, so similarities are mostly likely a coincidence.

Marvel made a big song and dance of the talent involved with the development of The Avengers game back in 2018, and cemented the point about "a completely new and original story". That's when it was revealed that Shaun Escayg, who worked on Uncharted and The Last of Us games at Naughty Dog, will be the game's creative director.

What kind of game will Marvel's Avengers be?

After the E3 2019 reveal, we have a good idea of the kind of game Marvel's Avengers will be: a continuously singleplayer and co-op 3rd person 'action-adventure' game, with what sound like a few RPG elements. You can "master extraordinary abilities, customize your heroes to fit your playstyle, and combine powers", after all, which all sound kind of RPG-ish. We also know that you can unlock "powerful skills and new gear to build your ideal version of Earth’s Mightiest Heroes." Mention is also made of an 'ever-expanding world under constant threat'. Could this be another entry on the growing list of 'living games'? We'll have to wait and see.

Some further details can be garnered through Crystal Dynamics' careers page. The listing for a Camera Designer role (assuming this is for Avengers and not something else, which isn't made clear by the page) mentions that the right candidate will ensure "a smooth and seamless player experience through a rich and epic narrative experience. A successful Camera Designer will be able to collaborate with Artists and Designers to create tools and camera solutions to create a dynamic and living world." 'Living world' is usually a term we associate with open world games.

The same listing asks for someone with 3-5 years of working on "3rd person action adventure titles." That's a pretty vague steer as far as genres go, but it suggests this'll be a third-person action game, which is clear from the trailer anyway.

Marvel's Avengers combat will make use of QTEs

When Samuel went hands-on with Marvel's Avengers at E3 2019, his demo leaned on QTE (quick time events). He thought it somewhat tarnished the more epic moments of gameplay, but Crystal Dynamics was clear in their reasons for that direction.

"For us, this audience is so broad. This isn't just some hardcore gamer's game." Matching button prompts to specific actions is meant to remind players of the controls in a natural way, too. "It's a way for us to integrate QTEs in a kind of tutorialised way. They're also cinematic moments we want to make sure land from a narrative perspective. So there might be a point where we use them just to give that moment for players to get the best experience on the narrative side."

Other Marvel heroes will likely make cameos in Marvel's Avengers

Crystal Dynamics makes it seem like Marvel's Avengers won't be taking focus away from the 5 core heroes associated with the MCU's Avengers: Captain America, Iron Man, Black Widow, Thor, and the Hulk. But that doesn't mean other heroes won't make an appearance at some point.

In fact, during Square Enix's E3 2019 conference, we got a taste of Hank Pimm (the original Ant-Man and Scott Lang's mentor in the movies) testing out some sort of shrink cannon.

Crystal Dynamics brought in a pretty stellar grip of voice talent for Marvel's Avengers. From left to right in the image above, that's Troy Baker (The Last of Us, 1000 other things) as Bruce Banner,  Jeff Schine (Telltale's The Walking Dead: Season 3) as Captain America, Travis Willingham (Critical Role) as Thor, Laura Bailey (Uncharted 4, Critical Role) as Black Widow, and Nolan North (Uncharted, Assassin's Creed, everything else) as Tony Stark.

These are pros that have lent their voices to all sorts of good stuff, but there does seem to be a theme of D&D and Uncharted in the building. In fact, the reveal trailer includes a clip of Bruce Banner and Tony Stark speaking over Captain America's grave. The two actors also play Nathan and Sam Drake in Uncharted 4, a fact I was constantly reminded of every time they said anything.

Read the comic before playing the game

Before Avengers comes out in May, Marvel is releasing tie-in comics to flesh out the events leading up to the game's disastrous intro. You can already read Iron Man #1 for $3.99 and more are on the way. If you're not a comics fan, I wouldn't worry about missing important story beats. Tie-in comics fill in gaps, but essential info will surely be saved for the game itself.

"They say the time of heroes is over," says this moody, 51-second trailer. We're then shown some iconic Avengers imagery: Mjolnir, Thor's hammer and Captain America's shield, as well as other items associated with Iron Man, Hulk and Black Widow. This trailer was shown all the way back in 2017.

While Eidos Montreal is helping with The Avengers game, the developer behind Shadow of the Tomb Raider and the recent Deus Ex games is also reported to be working on a Guardians of the Galaxy game. Kotaku reported this in January 2017, when the Square Enix partnership with Marvel was announced, but no official announcement has been made about any games beyond Marvel's Avengers yet.