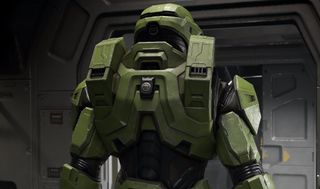 Although Marcus Lehto is currently hard at work on V1 Interactive's upcoming FPS Disintegration, the veteran designer was at Bungie for a spell in the past. In fact, he is often credited as the father of Master Chief.

A recent report from GameSpot features thoughts from Lehto on his reasons for leaving the Halo franchise behind.

"One of the reasons I left Bungie—and I know one of the reasons people from the industry have joined us here at V1—is that many of us have seen the bad side of extended crunch periods that would go on for months and months," Lehto explained in a round table interview for Disintegration. "We [V1] don't want to experience that, we don't want to replicate that at all again."

Lehto went on to clarify that one of V1's primary goals is to create a work atmosphere where "everybody is intimately involved with what we're working on, so there is a lot of responsibility on everybody's shoulders."

According to Lehto, V1 prioritizes allowing their staff to spend time at home with their families, and "to go to their kids' school concerts."

This doesn't mean crunch doesn't exist at V1, it's just a lot more controlled. According to Lehto, the team works extra hours for the week leading up to a development milestone—then and only then do they work longer than usual.

Things seem to have looked up at Bungie in recent years, at least in the public eye. Just last year, Bungie purposely delayed a Destiny 2 patch to avoid imposing crunch on its developers.

Lehto's newest game, Disintegration, is set to launch somewhere between Q1 and Q2 2020. However, the game's beta opens next week. You can sign up for it here.