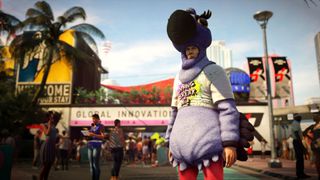 IO Interactive has announced that it's working on a new game for console and PC with publisher Warner Bros. Interactive. What, exactly, the game is remains a mystery, and the studio is still recruiting people for the development team.

The Hitman developer opened up a second studio in January, which it said would help it "expand our muscles for creating brand-new and exciting endeavours, new universes, new franchises." Something entirely new seems possible, then, but there's also Agent 47's further adventures.

While Hitman 2 is still being supported, it received its final mission last month, but we know there's more coming eventually. I'll never tire of IO Interactive's assassination sandboxes, so I'm eager for more of them, but I'd equally love to see the team take the social stealth systems and adapt them to other genres.

The main indicator that it's not a new Hitman, however, is that IO refers to it as a new universe right at the top of the announcement. That's as much as it's revealing at the moment, unfortunately, but with that now out of the bag, hopefully we'll find out more soon.