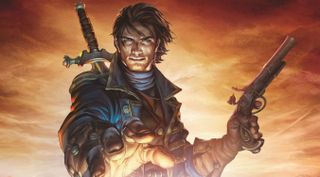 While Lionhead Studios is long gone, the Fable name might yet live on. Fable 4 very likely exists, but what we know about it is fragmented and diluted by rumor and speculation. There's been no official word on a sequel from Microsoft yet, and last we heard of Fable was the cancelled F2P Fable Legends. But we all know leaving behind such a beloved series forever would be foolish.

So let's scoop up all those rumors and sift through them to figure out what we actually know about Fable 4 even though we didn't get any official news at E3 this year.

If Fable 4 exists, who's making it?

All signs point to Playground Games, the studio behind the Forza Horizon racing games. According to a 2018 Eurogamer report, the open world game Playground has been chipping away at for a few years is actually the next Fable. Eurogamer's sources say it's being developed as an open-world action RPG with around 200 people on the project. Playground beefed up a new Warwickshire studio just for it. Whatever it is, it's not a simple side project.

When will we find out more about Fable 4?

Since we've yet to receive official word from Microsoft that a new Fable is in the works, we don't know when or if it'll be revealed.

Sadly, Fable didn't make an appearance on Microsoft's stage at E3 this year. In an interview with Eurogamer, head of Microsoft Game Studios, Matt Booty said of its absence, "I'm excited for the things waiting in the wings. We have a lot of stuff we did not show."

Booty declined to comment on Fable specifically but hinted that maybe next year would finally be our time to see acknowledgement of the next Fable game.

What do other rumors suggest about Fable 4?

Recently, several scriptwriters from Batman: Arkham Knight joined Playground Games to work on the rumored Fable 4, as reported by VGC. As of August 2019, Arkham Knight senior scriptwriter Kim MacAskill, Martin Lancaster, and Craig Owens are all apparently on the project.

Disregard Fable 4's recent listing on Mixer. That database is mostly crowdsourced, and the attached developer listed was Lionhead Studios, which was shut down years ago. It'd be a huge mistake on Microsoft's behalf if the listing were legitimate.

The latest rumors making the rounds were drawn from a video leaked from an unverified source, allegedly providing a brief overview of Fable 4's setting and structure. Problem is, it's since been scrubbed from the internet. You can check out the original Reddit thread where the video was shared if you like, but here's the gist:

Hold on. Interplanetary travel? Yeah, it sounds completely buckwild. The original post states that Albion and Aurora were destroyed by an asteroid willed to strike by the wish of a mad king. You allegedly play a character in the far-flung future, at a point when humanity has managed to reach a medieval-like civilization again. Talk about a reset.

It sounds too ridiculous to be true, but it also sounds like a perfectly fine excuse to wipe the slate clean, which would allow a new studio more creative freedom. Again, there's nothing that gives these details any credence, so approach them with all the skepticism in the world.

Will they put the 4 in middle of the name because it looks like an A?

Oh god, we hope not.