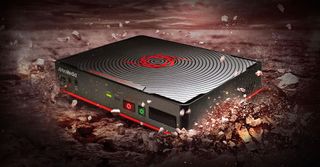 The annual Consumer Electronics Show in Las Vegas kicks off next month, and that means a whole bunch of product announcements are right around the corner. Presumably, one of them will be a new external capture device with support for recording 4K HDR streams at 60 frames per second.

AverMedia teased the pending announcement on Twitter. The company didn't specifically say that the unveiling will take place at CES, only that it's slated for 2020. However, we'd be surprised if the annual event came and went without a formal announcement.

AverMedia is one of the bigger players in the streaming hardware space, with its Live Gamer Portable 2 Plus being one of the best capture cards for PC gaming. It has a 4K pass-through, but limits recordings to 1080p at 60fps.

While we have to wait a few weeks for more details, it seems AverMedia is readying what would essentially be an upgraded version of its Live Gamer Ultra, introduced last year. The Live Gamer Ultra also boasts support for recording 4K HDR streams, but tops out at 30 fps in that mode. Or you can opt for higher playable framerates, up to 240 fps at 1080p (recorded at 120 fps, or 60fps HDR).

It will be interesting to see how the entire feature-set of the upcoming external capture card compares, both to AverMedia's existing product stack and what Elgato (owned by Corsair) offers.

It will require a moderately powerful PC. For reference, AverMedia recommends a desktop with at least a Core i5-6xxx processor and GeForce GTX 1060 GPU for the Live Gamer Ultra, or if plugging into a laptop, a Core i7-7700HQ and GeForce GTX 1050 Ti. And for connecting it to the your desktop or laptop, you need a USB 3.1 Gen1 (5Gbps) cable. That might get bumped up to a Gen2 (10Gbps) on the upcoming card, but we'll have to wait and see.