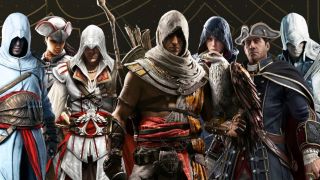 Writing for us last year, Rick Lane declared that Not every Ubisoft game needs to be a Ubisoft game. Like many players he was underwhelmed by Ghost Recon Breakpoint in particular, saying that, "Ubisoft basically released the same game again, only with additional systems scavenged from other projects and awkwardly stapled to Breakpoint’s head. These included the conversation system from Assassin’s Creed, and the loot system from The Division."

The similarities between every Ubisoft open-world game were blamed for disappointing sales of Breakpoint and The Division 2, two of Ubisoft's more significant 2019 releases. According to an exclusive published by VGC, the company's editorial team are being revamped in an effort to differentiate Ubisoft's future games.

The editorial team are a group of designers and producers based in Paris whose advice has been blamed for pushing Ubisoft's big-budget games toward their samey focus on open worlds with maps full of icons, online features, and according to VGC, "insisted that its narratives had a thematic basis in the real world, but avoided taking a political stance."

A reorganization and expansion of the editorial team is Ubisoft's proposed solution, with each of its vice president being assigned just one franchise to oversee and being given more autonomy to go their own way.

VGC adds that one in-development Ubisoft Montreal game has been canceled as part of this process, and several other games are being "reworked" to make sure each one feels unique.