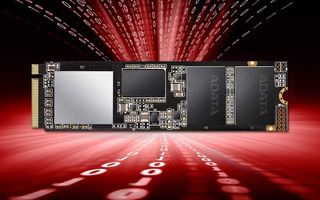 Save $72 on this SSD while supercharging your PC with fast storage. (Image credit: Adata)

Are you running out of room on that small-capacity SSD inside your desktop? The good news is SSD prices have been falling, and with the deals season in full swing, now is a great time to upgrade. If you're looking for a high-speed option, check out Adata's XPG SX8200 Pro.

The 1TB model is on sale for $147.99 at Amazon right now. That's not the cheapest it's ever been, but it's only $1 higher than it sold for during Black Friday. It's also $72 below its list price. Sure, it can normally be had for less than its MSRP, but throughout December, it's hit that price point several times.

Adata XPG SX8200 Pro 1TB SSD | M.2 NVMe | $147.99 (save $72)
Pricing is nearly the same as it was during Black Friday with this deal. This is a blazing fast drive and would make a great upgrade for yourself, or as a high-tech stocking stuffer for someone else.View Deal

Whether it qualifies as the best SSD for gaming (or one of them) is sort of a different matter. All that extra speed compared to even a SATA-based SSD is not really going to help load times. However, it won't hurt, either. And outside of gaming, there are tasks where the added speed can come in handy (such as moving large files around).

Just as importantly, you're not paying a huge premium when catching one of these drives on sale. It's a lot easier to justify to splurging on a higher performing SSD when pricing is virtually the same as it was during Black Friday.