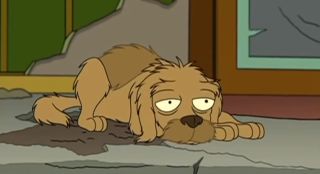 Despite the name possibly implying that there'd be thousands of them, there are no dogs in Watch Dogs Legion. That's because, according to creative director Clint Hocking, Ubisoft's programmers would then have to deal with what happens to the poor animals after you inevitably murder their owners.

That question actually posed a pretty significant problem for Legion's designers. See, Watch Dogs Legion simulates NPCs at a level we haven't really seen in a lot of other open-world games before. Instead of treating them as background noise, like a lot of the NPCs in Grand Theft Auto 5, Legion creates a complex web of relationships, backstories, and schedules that each NPC abides by. That's because, in Legion, you can recruit any NPC to join your underground resistance movement.

But that impressive level of simulation has to stop somewhere—and in Watch Dogs Legion it stops with the dogs. Hocking said that if someone murdered a dog's owner, Ubisoft would then have to develop systems to determine what happens to the dog.

"Does someone adopt the dog? Does the dog become a stray? Does it disappear out of the world? That doesn’t seem fair. Do we need to up-res the dog and make the dog a part of the simulation? We already bit off a lot, and we were like 'I don't know how we do that. I don’t know how we deal with this problem.' And so yeah—no dogs."

Otherwise, it might be possible that you could fill up Legion's dystopian version of London with orphaned dogs—sad good boys with no where to go. Personally, though, I wish Ubisoft would have taken things even further and included dogs in the simulation. Maybe these orphaned dogs could form their own resistance and set out to defeat the player? We were told that NPCs will visit the graves of dead relatives in Legion, so why can't dogs do the same?

Or maybe the dogs don't comprehend that the owner is even dead, and they instead spend their days waiting at the exact spot where they last saw them?

On second thought, thanks for sparing us that trauma, Ubisoft.