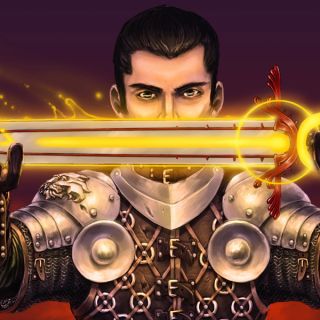 Runescape player Josh Peters posted an emotionally-intense video on YouTube last week, immediately after being swatted while streaming in front of nearly 60,000 people.

"Swatting," if you've managed to avoid the term until now, is the practice of placing a "prank" call to a police department that prompts it to deploy an armed response team to the home of whoever it is that's earned the caller's ire. The police kick down doors, wave guns, and generally terrorize everyone inside, ideally while the target is streaming. So far, nobody's been killed, but the possibility is terrifyingly obvious.

In Peters' case, he was particularly upset because his ten-year-old brother answered the door. "I see you posting my address. I had police point a gun at my little brothers because of you. They could have been shot, they could have died because you chose to swat my stream," he says in the video. "I don't give a shit about what you have against me, or what I did to you. For that, I am at a loss for words. Your gripe is with me so let it be with me and do not involve my family in any way, shape or form with this. They don't deserve that."

Peters is clearly distraught, and rightfully so: If either the kid or the cops had been any jumpier, the outcome could easily have been horrific. It's not much more than blind luck that nobody's been shot during one of these raids, and placing a ten-year-old child in that kind of danger because you're mad at someone on the internet is utterly incomprehensible.

It goes without saying, but I'll say it anyway: Swatting is reprehensible. It'd be great if Twitch could take stronger steps to combat things like sharing addresses or other personal information in chat, although the inherently interactive nature of streaming clearly makes it tricky to control completely. Better still, I'd be thrilled to see police develop new, less gun-wavy ways to address these situations. But ultimately, and tragically, it's up to streamers to be aware of the risks, and address them proactively: Contact police before it happens and make them aware of what's going on.

And if you're thinking about pulling this "prank" on someone? Think about this: 19-year-old Brandon Wilson was arrested on February 5 for swatting someone on the same day that Peters went through his ordeal, and according to the Chicago Tribune now faces up to five years in prison. That's a lot of life to trade for the privilege of being a jerk on the internet. So do yourself and everyone else a favor: Don't.