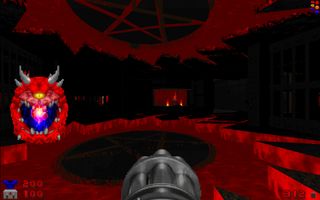 Sigil, the John Romero-authored "unofficial spiritual successor" to Ultimate Doom that was announced late last year, has been pushed back yet again. It was originally supposed to be out in February 2019, but was delayed into April because of problems with the planned physical release. Now April is here and it has slipped yet again, for the same reason, to the first week of May.

The good news for fans is that the Sigil megawad is finished, and will still be free for everyone once it's out. But because Romero wants to ensure that people paying for the boxed editions have a fair first crack at it, the free release won't go out until a week after the paid release.

SIGIL Update: The game itself is done, but due to some production issues with the coin and my severed head, the big boxes are not ready to ship. Sorry! I can’t release the free version until the Beast Box ships. #DOOMApril 9, 2019

Romero didn't specify which piece of the physical edition of Sigil is causing trouble, but given that we still don't have an image of the pewter statue of John Romero's head on a spike—included with the $166 Beast Box version—that's where I'd put my money if I was a betting man. For any practical purposes, it doesn't matter, as both the Beast Box and the standard boxed release are sold out.

A solid release date hasn't been set yet either, but other details are available at romerogames.ie.