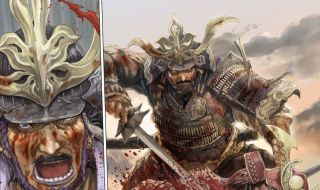 Sekiro: Shadows Die Twice's manga spin-off is getting a complete published edition this February. Sekiro: Side Story of Hanbei the Undying initially began last May as Sekiro Gaiden: Shinazu Hanbei, and followed the story of Hanbei Undying, a friendly, immortal NPC in the game that let you practice combat against him in a risk-free environment. Now it's being released as a complete edition on February 27 in Japan.

As US Gamer points out, the manga hasn't been officially translated into English or released in the West yet. Fortunately, there are fan translations available online, and collectors will likely want to get a printed copy of the manga regardless of its language.

Hanbei and his side story in Sekiro were one of the more popular of FromSoftware's latest title, and the manga goes further into his past to provide some much-needed context for his character. It explores how he came to be involved in the events of Sekiro, while also unveiling more about his past and family in the process.

FromSoftware's games aren't known for being particularly forthcoming with their lore, so manga like this and the Dark Souls comic by Titan Comics are the best ways to explore their universes in more depth. The art looks fantastic, too, with the game's grim tone being realised by Shin Yamamoto, who also penned Monster Hunter: Senkou no Kariudo (Flash Hunter in English) and Naraku no Adu.