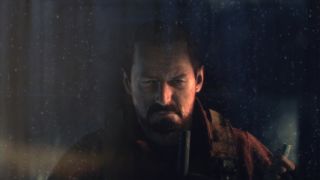 People were rightly a bit upset that Resident Evil: Revelations 2's first episode didn't feature local co-op on PC, despite the game description stating that it did, and despite Capcom never mentioning that it didn't. The good news is that Capcom is offering refunds if you're annoyed by its omission on PC—the other good news is that a modder has already whipped up a replacement.

Resident Evil Modder FluffyQuack already has a working (mostly) co-op mod, a mere few days after the first episode has come out. It's not quite done yet—it only supports gamepads, and you can't use it in Raid mode— but you can see a glimpse at it in action above, and download it here, as part of FluffyQuack's extensive Fluffy Manager 5000 tool.

Meanwhile, Capcom are "currently looking into the matter and potential solutions and we hope to have new information to share very soon, so please stay tuned". They're already offering refunds—could an official local co-op mode be on its way via a patch, or via next week's Episode 2?