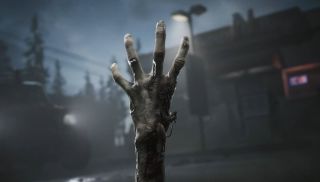 It’s been almost ten years since Left 4 Dead 2 was first released on Steam. Does that make you feel old? Because I’m feeling pretty ancient right now. There’s been no announcement of Left 4 Dead 3 for nearly a decade now, which is surprising—because Left 4 Dead 2 ended on a huge cliffhanger, because it was enormously popular and successful, and because rumors of a sequel have been popping up for years.

As far as we know, there's still no Left 4 Dead 3, Valve even staunchly denied it in January 2020. But there have been many, many rumors to pore over. The lack of an official announcement from Valve hasn’t stopped people from creating plenty of hoaxes and fan-made ‘leaks’ in the last few years. If this doesn’t prove just how starved zombie enthusiasts are for even the slightest hint of L4D3, then I don’t know what does.

We've gone back through the last decade of Left 4 Dead 3 rumors to determine what was fake, what was plausible, and what those "leaks" might be able to tell us. Here’s everything we learned about Left 4 Dead 3 so far.

Early in 2020, HTC China president Alvin Wang Graylin shared a few slides from his talk on the future of VR, including one that said, "Valve HL Alyx/LFD3 will drive consumer and AAA studio interest." Naturally, folks ran with the idea that this was some insider confirmation of Left 4 Dead 3, despite the acronym being slightly off.

Valve quickly stepped in and provided a statement to IGN saying, "we did briefly explore some Left 4 Dead next opportunities a few years ago. But we are absolutely not working on anything L4D related now, and haven’t for years."

"It’s clear some people are having fun creating misinformation to spin up the community and other outlets. Unfortunately, for now a new L4D game is not something we’re working on."

Graylin then clarified on Twitter that unfortunately his "LFD4" example was just personal speculation, given that he's a fan of the series himself. Drat.

As a huge fan of Valve & their properties, I was giving example that titles like HL Alyx/Left 4 Dead could be the types of titles that would really move the needle in consumer VR. This was just speculation on my part. I apologize to fans who may have mistook this as confirmation.January 18, 2020

Is there proof Left 4 Dead 3 is in development?

Honestly, there’s little to go on. The series’ lead writer Chet Faliszek hinted at the possibility of a third installment in an interview with Eurogamer back in 2012, but we’ve had nothing but radio silence from official channels since. Faliszek left Valve in 2017. We were recently teased with an impressive game trailer that seemed almost official but unfortunately wasn’t, as confirmed to us by Valve itself.

In 2016, it seemed like Valve had slipped up by including possible L4D3 leaks in an HTC Vive benchmark tool built using their Source Engine. Valve News Network’s Tyler McVicker unearthed several references and assets in its source files, including a new special infected enemy called The Nocturnal, a day/night cycle, and an older male character. Whether he was supposed to be an NPC or a Survivor is unknown. A direct connection between the files and the game’s development was never found.

Later that year, Valve fansite ValveTime reported that employee Tristan Reidford appeared to leak proof of L4D3’s development after publishing a Destinations Workshop Tools tutorial to Steam. The tutorial included a screenshot of his Windows Explorer favorites, with a ‘left4dead3’ folder listed at the top. The image was quickly removed and replaced with a different one. Was this a legitimate mistake or an intentional tease?

It was heavily predicted that Turtle Rock Studios, the developer behind the original Left 4 Dead, or Valve, which developed L4D2 itself, would be taking on the development of L4D3. But it seems safe to say now that Turtle Rock definitely isn't involved. In April of 2019, Turtle Rock announced zombie first-person shooter Back 4 Blood and it appears to be a spiritual successor to the Left 4 Dead series. Warner Bros. Interactive is publishing it.

What are the strongest, most believable rumors?

The most believable rumor comes from Valve News Network’s Tyler McVicker again. Last month, he dropped 29 screenshots believed to be from a 2013 build of L4D3, stating that it was in development a long time ago but has since been cancelled. Though the images look nothing like the games we know and love, it’s not hard to believe Valve canned it if it was in development. Especially since it's never officially announced a new Left 4 Dead, despite knowing that fans utterly crave it. But who knows?  The screeenshots look more like assets for Counter-Strike: Global Offensive, and it's entirely possible they were simply used as test environments.

There is some more evidence in their favor, though. Moby Francke, a concept artist for L4D, uploaded what fans believe to be L4D3 concept art onto his personal website upon leaving Valve in 2013. The art shows two men sporting guns and wearing Middle Eastern outfits. Remember the screenshots from earlier? It’s not so far-fetched to believe the two are related.

The drawings are believed to be directly linked because of a series of clothing and skin textures contained within a 2015 version of Aperture Robot Repair uploaded onto the Steam Database. The textures are almost identical to the garments worn by the men in Francke’s art, leaving little room for coincidence.

Half-Life: Alyx probably means Left 4 Dead 3 is in the back of the pipeline

With the recent Half-Life: Alyx announcement, it seems unlikely that Left 4 Dead 3 would be following shortly after. Valve has said that Half-Life: Alyx "is the largest game team we've had yet." It sounds like there probably aren't any hands free to work on zombies. If there is a L4D3 still in the works somewhere in Valve's basement, it will be quite a while before we hear about it.

A known Valve reporter/leaker has tweeted a collection of claims and predictions including Left 4 Dead in VR. It would make sense for Valve to continue rolling with whatever tech it's been developing for Half-Life: Alyx so L4D in VR isn't so wild a thought.

Videos are finally back tomorrow. Boneworks is out on Tuesday.Left 4 Dead VR is real. The game awards is in a few days, with new Half-Life Alyx news.Get your minds ready, it’s about to blow.December 9, 2019

Were any of the leaks legitimate?

It’s very hard to believe that some of the leaks aren’t real, especially since a handful have unintentionally come from Valve itself. Nothing has ever been officially confirmed though, leaving the door for speculation wide open. And because some of the leaks are now years old, it's again possible that Left 4 Dead 3 was in development at some point but has since been cancelled.

One leak had most of the internet fooled into false legitimacy in 2018: a bogus Facebook page. Cyber sleuths hacked the official Left 4 Dead website and changed the Facebook link to a fake page supposedly belonging to developer Ted Carson, with the header sporting a zombie hand holding up three fingers. Left 4 Dead 3 confirmed, right? You can’t blame people for falling for it if the link was on the official site. The excitement didn’t last long, as Valve quickly shut the rumor down by changing the link back to the real Facebook page.

Carson’s name had already popped up in the rumor mill a few years before after a Pastebin dump allegedly revealed that he was working on the sequel. His name was also included in a leaked photo claiming to be of the changelog history on a developer’s PC screen at Valve’s headquarters, showing that he made edits to L4D3 content. Neither were ever confirmed to be true.