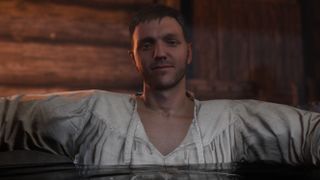 Thursday is upon us, and that means it's time for another round of free games from the Epic Games Store. This week is a two-fer, with Asmodee Digital's board game adaptations Carcassonne and Ticket to Ride both up for grabs for a week.

Carcassonne is a "classic tile-placement game," that has players arranging different types of terrain tiles and followers called "meeples" in order to create landscapes and build up regions in medieval France. Tiles are drawn randomly, so landscapes are constantly changing as players to try lay them out in a way that makes sense and grants them the greatest advantage. It's a bit off the beaten path as videogames go, but the board game is very well regarded: Board Gamers Anonymous called it "the kind of game everyone should play … a modern classic with a wealth of expansions and variants to keep it fresh."

Ticket to Ride is also based on a board game, and it's a little simpler to break down: You're the owner of an old-fashioned railroad, and must draw and play cards in order to claim routes and destinations ahead of everyone else. Both games have been around for awhile—Carcassonne came to Xbox 360 in 2007, while Ticket to Ride hit XBLA a year later—but board game adaptions tend to hold up well against the years, and you're not going to beat the price.

A plan to include a third game in this week's giveaway, Pandemic, was scrapped earlier this week, and the game has actually been removed from the Epic Games Store entirely. Epic hasn't commented on the reason for the removal, but there's some speculation that it's related to the ongoing coronavirus outbreak.

Carcassonne and Ticket to Ride are free for the taking until 11 am ET on February 13. Epic will get a little more contemporary the following week, with a pair of more high profile releases: The janky-but-excellent medieval RPG Kingdom Come: Deliverance (which I expect is a much smoother experience than it was when it launched a year ago) and because that game is rated M (Epic adds a more family-friendly option whenever its free game for the week is rated M), Aztez, a strange-but-cool blend of turn-based strategy and wildly violent beat-em-up.