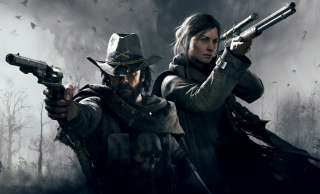 Terrifying competitive monster-hunter Hunt: Showdown has outlined some of its post-launch support, among which includes a much-requested solo mode, a new map and special timed events.

Most of the blog post discusses the game's console plans, including Xbox One-PlayStation 4 crossplay to help bolster the playerbase. However, there are still some tasty things incoming for PC players that make returning to the monster-infested bayou worthwhile.

The most notable new addition is a solo PvE mode. While at its core Hunt is a multiplayer battle royale game, it's the NPC monsters that really give it character. Finding clues as to their whereabouts and coming up with strategies to take them down would be just as engaging without the risk of an enemy team ambush, so being able to do just that sounds incredibly exciting.

A date for this mode hasn't yet been announced by Crytek or its new co-publisher Koch Media, although it is due at some point in the next year. In the more immediate future, Crytek is working on Update 1.2, which will include a new randomised team of three players mode, an improved tutorial, new playable characters and new tools to take down the demons with. This will be alongside the usual bug fixes and server-side tweaks that you'd expect from a live game update.

If you've not yet played Hunt: Showdown, you really should. It didn't make the biggest splash when it launched, but it really should have. It's a grimly beautiful game to look at (it's Crytek, of course it looks great), made all the more fascinating by the unique monster designs. Spiders made out of corpses and humans made out of mutated wasp hives are just some of the horrific things the game throws at you, so knowing it still has a future despite its somewhat lacklustre launch is fabulous.