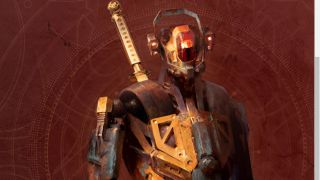 The Season of Opulence is comes to Destiny 2 on June 4. Then, in a break from recent DLCs, just six hours later the new Crown of Sorrow raid goes live. Teams trying to win the world's first raid race will embark on a furious sprint to get to power level 720.

Bungie has announced that there will be a 'Contest' effect for the first 24 hours of Season of Opulence. In the raid "Power beyond certain levels will provide no advantage for a given fight (e.g., for the first fight all Power above 700 won't provide an advantage, and for the final fight Power above 720 will not provide an advantage)." You also need to complete a new Power Surge quest before you can access the raid, and you'll want to get those 20 power levels quickly. If you're trying for World First status or you just want to power up fast, this guide will help.

How to prepare for the Season of Opulence

Get an early look at the Crucible, Vanguard, and Gambit pinnacle weapons coming to Season of Opulence.

You can get a quick power boost by bringing a bunch of quests to near-completion before Season of Opulence arrives. Once the reset happens, tip these over one by one and reap those powerful engrams.

If you have multiple characters you can trade items between them using an app like Destiny Item Manager, which is particularly valuable when it comes to weapons (assuming you're running different classes, which you should be as the benefits of running multiple of the same class are reduced by Bungie).

Not all bounties will carry over to deliver you higher power gear, so we've highlighted the stuff to focus on. Complete the steps below on one character and then move your 700+ items to another character and repeat the same steps for even more powerful drops (hopefully). If you can't be bothered to move the gear, the game will auto-detect what your highest possible power currently is anyway, which will determine the power of your drops. Finally, if you are using multiple characters, start with the ones you don't want to raid. The final character you do want to raid with will get the most powerful drops, as it will benefit from the others having pushed the level up overall.

Here are the key bounties...

Weekly Clan bounty
Finish three Clan bounties and keep them in your inventory. When the reset happens you can pick up the 5000XP clan XP weekly bounty and clear all of the bounties immediately for a powerful drop.

Allegiance quest
If you haven't already pledged to the Drifter or the Vanguard, bring this quest to its penultimate step. If you're on the Drifter quest collect all the tapes and wait to finally turn them in. For the Vanguard quest hold off on talking to Ikora after you've collected the tapes.

Ikora
Stock up on 20 completed bounties (doesn't matter which) and turn them in after the reset to get Ikora's weekly powerful engram right away.

Xur Bounty
Cue up an Invitation of the Nine bounty to its very last step, then complete it after reset to get powerful gear.

Spider WANTED bounty
Make sure you have five Ghost Fragments to hand (per character) so that you can buy the Spider's WANTED bounty immediately. Complete that for more powerful gear.

Oracle Offering Bounties
You can half-complete the Oracle Offering bounty before reset to give you a headstart once the new Season starts. Combine this with the Ascendant Challenge bounty to get a couple of quick powerful engrams from one location.

Shattered Throne
Sticking with the Dreaming city, the excellent three-player Shattered Throne dungeon (our guide is here) should be up on the same week that Season of Opulence goes live. Whisk through this for three more powerful rewards.

Forsaken Exotic and Pinnacle quests
Pinnacle and Exotic weapons will always drop at a healthy power level when you complete their respective quests. Any Pinnacle weapon since Forsaken will work, so get quests for guns like Breakneck, Oxygen SR9, Nightshade, Luna's Howl, and Loaded Question close to completion and then tip them over after the reset. The same goes for all post-Forsaken exotic quests. ie: Thorn, Thunderlord.

Flashpoint
Complete weekly activities on the featured planet and wait until the reset to pick up the reward. Complete daily milestones in Crucible and Strikes for more powerful drops.

Black Armory frames
Keep hold of two Ballistics Logs for Ada-1 in the Black Armory and buy two powerful frames after the reset. Go for this step after all of the others. This is a useful drop because you get to choose the weapon frame you want. If RNG hasn't yet gifted you a powerful weapon for a particular slot, you can take that frame and guarantee a powerful roll. You'll need all of the forges unlocked to access Ada-1's full suite of frames of course. You may also be able to carry a powerful frame that's ready to be used in the forge into the new season.

Last Wish keys
The Forsaken raids will be locked until a team has completed Crown of Sorrows, but if you're not planning on winning the raid race it's still useful to make sure you have Last Wish keys so you can grab multiple powerful loot from the old raids once they have been unlocked again. In order to grab keys, LFG for a team that's farming the Riven checkpoint. You don't even have to finish the Queen's Walk section, just cluster rocket Riven in her mouth and grab the Ethereal Key. Rinse and repeat on all three characters if you're running alts.

Hoard planetary resources
Once you've acquired all of these drops you'll want to infuse them into your favourite gear. With that in mind, avoid spending planetary resources until reset, and remember that if you have a ton of spare glimmer you can buy planetary resources directly from the Spider in the Tangled Shore. You'll also want to hold onto your Enhancement Cores. If you're low, you can complete Spider WANTED bounties and unlock scrapper bounties by dismantling gear. Buy a bunch of useless guns with gunsmith materials, break them all down and you might get a couple of sly scrapper bounties.

How to power level for Crown of Sorrows

If you want to level as fast as possible and contend to be the first team to complete the raid, you need to follow @sweatcicle's expert power levelling guide. It's a living document that will be updated as players devise more efficient ways to amass power levels.

As discussed, the optimal setup requires you to have three characters that you can use to complete the above tasks in the most efficient order. Red asterisks in the document should be dropped if, for some reason (network outages etc.), you don't get the full six hours of playtime before the raid goes live. Start with your two non-raiding alts first and then dump all of your 700+ gear on your raiding character and pray that RNG goes your way.

Where to watch the raid race

Twitch will be full of Destiny 2 streams when the raid goes live. Teams are thinking about bringing in extra members to operate in multiple shifts—one squad tackles the early stages of the raid while the other continues to power level. Here's who our browsers will be pointed out when the raid kicks off.

Datto and Math Class: These guys are the brainiacs of the D2 scene, and the one's who figured out The Vault in Last Wish. Datto can get a little salty if things aren't going his way, but only because he demands excellence of his teammates. That and the fact they all stayed up over 24 hours during one raid.

Gladd and Redeem: Both incredibly chill and incredibly beast, the Redeem boys have multiple world's firsts behind him and are renowned as some of the best PvE players in the game. Will enter the race as favourites.

Slayerage and TheLegendHimself: Slayer made his name for ridiculous solo feats against raid bosses, but though he's been playing a lot of Overwatch of late, you can expect him and his clan to take a punt at this.

Teawrex and friends: Alongside other high-profile streamers including King Gothalion and Professor Broman, this team will be one to watch if you like shouty jokes along with your team wipes. Make no mistake though, they're competitive, and even placed first in the King's Fall raid during Destiny 1.