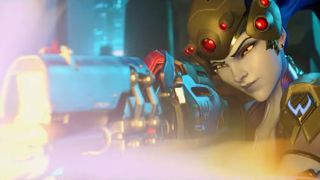 Mike Morhaime, one of Blizzard's co-founders and its former president, was on hand for the Gamelab conference in Barcelona, and gave a talk that spanned his career at the company. Morhaime discussed why Blizzard cancels about half of the games it starts, and the icy reception fans gave to the announcement of Diablo Immortal in November.

Eurogamer has the full breakdown on the talk, but one part that sticks out is Morhaime's comments on Project Titan. This was meant to be a groundbreaking new MMO, changing the landscape the way World of Warcraft had done years before. But Titan grew too big and ambitious for even Blizzard to handle.

"We failed to control scope," Morhaime said today. "It was a brand new universe, and it was going to be the next generation MMO that did all sorts of different things, it had different modes. We were sort of building two games in parallel, and it really struggled to come together."

Morhaime and other studio leaders had to make the tough decision to pull the plug on Titan, which Overwatch game director Jeff Kaplan has said came with a "horrific" sense of failure after years of successful Blizzard franchises.

But it was from the wreckage of Titan that Overwatch was eventually built.

"We thought we could make a really compelling game with much tighter scope control," Morhaime said. "And I think it was probably one of the best decisions that we made. We took something that wasn't going to ship for a very long time, might never have shipped, and turned it into an awesome game."

Indeed, Overwatch has been a resounding success for Blizzard. But it's hard not to wonder what might have been if Titan had eventually reached players. Morhaime says, though, that Blizzard's philosophy is only to ship "great" games—a message the company took from the success of the original Diablo after multiple delays in 1996.