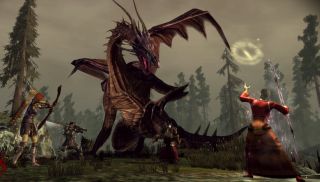 EA might be just returning to Steam after a long hiatus, but many of its older games have continued to be sold on the platform for years. Yesterday, Steam users started reporting that a significant number of them had jumped in price.

It seems to have been the regional prices that have been hit, with the US prices remaining the same. Dragon Age: Origins Ultimate Edition, for instance, is now £24.99, a £5 increase. One of the most ridiculous leaps is Sim City 4: Deluxe Edition, a 16-year-old game that now costs £17.99, nearly double its previous price.

You can see the change in prices on SteamDB by clicking on the currency.

Price hikes aren't as uncommon as they should be, with publishers sometimes getting caught increasing a game's price just before a sale so they can claim they're offering much larger discounts. Dead Space 2, which rose from £14.99 to £17.99 was less than a tenner until July 2018, so this is its second increase in as many years.

On Reddit, MJuniorDC9 has posted a few examples of other games that have been increased in the UK, Canada, Europe, Brazil and Russia. Not every currency has been affected, either, but it's hard to tell, as it's inconsistent. Sim City 4 and Dragon Age are now more expensive in New Zealand, for instance, but Dead Space 2 isn't.

Going through EA's list of games, most seem to have been affected. It seems like a change in EA's approach to regional pricing on Steam rather than preparation for a sale, though this doesn't explain the inconsistencies. Aside from the recent Fallen Order, there's no obvious reason why some games have been changed and some haven't.

In some cases, the prices are now double what they are on Origin—though some of them were already more expensive on Steam before the price hike—so it's not like EA is bringing them more in line with regional prices on its own platform. Whatever the reason, you might want to shop around if you were planning on buying something from EA on Steam.