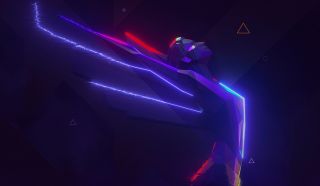 The Game Awards, the annual flurry of new game announcements interspersed here and there with bits of chit-chat and trophies, has come to an end for 2019. This year's event didn't really feel like it had any mega-blockbuster game reveals—no new Elder Scrolls game, or Mass Effect revivals—but there were certainly some big moments: Microsoft revealed a new Xbox, the Series X, and a new flagship game, Senua's Saga: Hellblade 2, and a new MMO set in the Magic: The Gathering universe is on the way, which could be fun.

And yes, there were award winners, too: Quite a few of them, in fact, and some honest surprises, foremost among them that Death Stranding didn't run away with the whole thing. It did well, winning three awards including Best Game Direction, but the big dog this year was actually the outstanding detective RPG Disco Elysium, which claimed four trophies. Yet neither was selected as Game of the Year.

Which game earned top prize this year? Read on to find out. And don't miss our rundown of all the new trailers that appeared at The Game Awards right here.