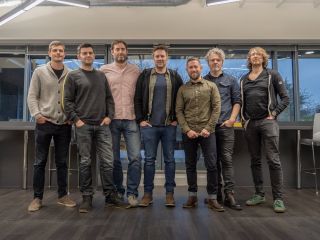 Creative Assembly’s unannounced shooter, previously hinted at by by job openings posted on the developer’s website, is in development, a tweet from Creative Assembly confirmed. District 9 director Neill Blomkamp visited the studio for a “behind-the-scenes look” at its new FPS IP, and a group photo was posted on Twitter along with confirmation that the game exists.

So, this happened. @NeillBlomkamp dropped by CA HQ for a behind-the-scenes look at the development of our brand-new FPS IP! pic.twitter.com/hXEAnAHEEXFebruary 4, 2019

That’s all Creative Assembly had to say about the new shooter. I reached out to publisher Sega to pry more details, but it had nothing more to add.

Blomkamp’s no stranger to games, and almost directed a Peter Jackson-produced adaptation of the Halo series. He’s also mentioned an interest in making a game himself. He’s a fan of Creative Assembly’s, too, even admitting that Alien: Isolation's aesthetic made him question how he wanted his since-cancelled Aliens film to look.

As for more Alien games, all the teasing for a new Isolation-connected shooter turned out to be a completely unrelated mobile game, Alien: Blackout, that was seemingly forgotten after it was announced. Whatever Creative Assembly’s working on, it won’t be a follow-up to Alien: Isolation, sadly, but a tactical FPS with some of the same sensibilities? I could get behind that.