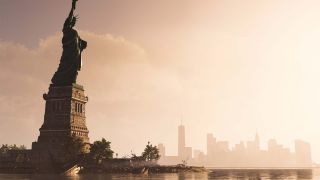 Following a detailed stream, it looks like The Division 2 is about to get a huge expansion, and it's coming a lot sooner than you might think. Warlords of New York is a narrative-driven escapade, and you’ll be able to get your hands on it on March 3. New gear and weapons are on the cards, as well as a bunch of changes to the UI, gear systems, Dark Zones and level progression.

Warlords of New York takes place in a former Dark Zone in South Manhattan after a calamitous hurricane has struck. As it's set in the summertime, we won't be seeing the same snow-lined streets that featured in the original game.

"In The Division 2, we went to a brand new city and we were continuing the story of what was happening to America, following the events of the outbreak in New York,” says producer Nick Scurr. “But there are a lot of loose narrative threads in The Division 1 that we didn’t wrap up in The Division 2 ...This is really about finishing the storyline of Aaron Keener, hopefully—if you succeed—and cleaning up the Division’s mess, really. It’s their responsibility to resolve this issue".

While the exact size of the area has not been disclosed, it's a 1:1 recreation of the location in Lower Manhattan. Scurr confirmed that this "covers four named zones: Battery Park, Civic Centre, Two Bridges and the Financial District. There’s famous New York landmarks there such as Wall Street, Chinatown to name but a few".

WoNY sends you on the hunt for a chap named Aaron Keener—a former Division Agent who was left to perish in the Dark Zone and now has a chip on his shoulder. He's teamed up with four other Rogue Agents. You'll have to defeat all of them in order to reach him. Each of these agents also possesses a special skill that you can acquire after showing them who's boss. The skills include shock traps, echo-based hologram decoys, explosive sticky bombs and fire-spreading sticky bombs.

The update will also include an RPG overhaul that will allow you to navigate and manage your gear inventory. Roll ranges for each stat on a piece of gear or weapon will be made visible, and god rolls will also be returning. Overall, the gear recalibration system will be more streamlined to help you attain your ideal build. Scurr mentioned that the team has "been working on this for a long time and it makes sense to make all these RPG changes, but give people content to play at the same time so they don’t feel like they are unnecessarily grinding for gear".

If you've maxed out your levels, you won't be on top for long. WoNY ushers in changes to the level cap, increasing it from 30 to 40 and a new infinite progression system has been added. You'll need to be level 30 and World Tier 5 to play the new expansion. Thankfully each edition of the game includes a level 30 boost, and pre-purchasing makes it free.

So how exactly can you get your hands on all those rewards, and what's the endgame looking like? Seasons are three-month themed endgame events with a new main target. The first season begins a week after launch, offering new activities and rewards alongside the Seasonal Manhunt. Leagues take the form of a series of challenges to unlock rewards, and Global Events are also making a comeback.

Speaking of comebacks, Dark Zones are returning to their former glory. Scurr says Ubisoft wanted to recapture some of the magic of Division 1. "There was a new system for going rogue in Division 2 and we really wanted to focus back on that player-to-player interaction. So, going rogue is now just attacking other players again, and we are rewarding more of the player’s player interaction so we are rewarding that fight between rogues and shade agents…"

This appears to be a good time for new players to pick up the game, as well as being an exciting addition if you're still a dedicated player. Before the new expansion kicks off, you can stay occupied by playing The Division 2 Episode 3 - Coney Island: The Hunt. This releases tomorrow (February 12) for Year 1 pass holders, and February 19 for everyone else.

Returning players can purchase the Warlords of New York expansion on its own for $30. If you haven't yet jumped in and fancy checking out what's on offer, the Standard and Ultimate Editions can be purchased for $40 and $60.

The Warlords of New York reveal can be seen in full below—skip ahead to 1:05:00 to get to the good stuff. The post-show talk is currently underway on Twitch.