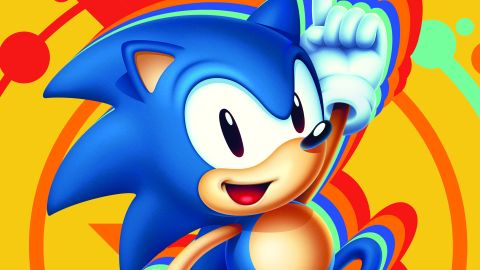 A breakneck platformer that uses classic Sonic as a foundation for something fresh and exciting.

After countless attempts by Sega to refresh, revive, and reboot the Sonic series, it’s a straightforward side-scrolling platformer that ends up being the best one in decades. But while Sonic Mania is indeed a love letter to the blue blur’s ‘90s heyday, it also manages to feel new and exciting thanks to clever remixes of classic levels and imaginative boss battles. Sonic has always thrived in two dimensions, and this is the purest expression of his fast-paced rollercoaster platforming since people still had Mega Drives under their TVs.

There are thirteen zones in Sonic Mania: five brand new ones, and eight remixes of familiar locations. Chemical Plant Zone begins in much the same way as it did back in Sonic 2, but in the second act you find yourself bouncing around on pools of springy gel. In the same vein, the first act of Green Hill Zone is largely untouched, but in the second half there are ziplines to slide down and pools of water hiding hungry robotic fish. Other returning zones include Sonic & Knuckles’ Flying Battery Zone, Sonic CD’s Stardust Speedway Zone, and Sonic 3’s Hydrocity Zone—all of which have been similarly remixed and reimagined with creative flair.

As for the new zones, they feel like they could have been plucked directly from classic Sonic games too. In Studiopolis, my personal favourite, Sonic dashes through a TV studio and gets teleported around the level by satellite dishes. And in Press Garden, another highlight, you sprint from a propaganda printing facility with an Art Deco flavour through to a snowy forest filled with cherry blossoms. It’s remarkable how well the artists have replicated the distinctive look and feel of the old games, while also taking advantage of modern hardware to increase the level of detail and complexity.

If you’re unfamiliar with how Sonic works, imagine a side-scrolling platformer got trapped in that machine from The Fly with a pinball machine. It’s essentially a game about getting from one end of the level to the other, but along the way you’ll encounter a mix of traditional platforming elements—moving platforms, enemies, bottomless pits—and sections where you’re catapulted at dizzying speeds through a series of twisting loop-de-loops. This is when the game is at its most thrilling and intense, and it’s always disappointing when you suddenly skid to a halt and have to pick up speed again.

There are some tricky sections, but for the most part Sonic Mania is more about rhythm, pace, and momentum than precise platforming. You can play it safe and carefully make your way through each act, but it’s a lot more fun speeding through as fast as you can and reacting to obstacles as they’re thrown at you. And at the end of a level you have a treat waiting for you in the form of a boss. Some are reminiscent of the old games, with a pattern you have to learn and exploit. But others make use of wonderfully creative one-shot gimmicks, including a hilarious callback to a famous Sonic spin-off game.

But while I’d consider Sonic 2 to be an almost perfect game, Sonic Mania does have some notable dips in quality. A few of the bosses are just plain frustrating, and in certain zones the flow of the level feels off. But in light of how perfectly it captures the spirit of Sonic’s golden years, these inconsistencies are easy to forgive. Some have complained about the archaic save system, which forces you start a zone from scratch if you lose all your lives. But for me this brings an enjoyable tension to those moments when I’m down to my last life and fighting a boss. And anyway, it’s such a relentlessly fast-paced game that getting back to where you were takes no time at all.

I never thought I’d write a positive review of a Sonic game again, but here we are. Sonic Mania feeds off nostalgia, but crucially, it isn’t owned by it. The developers have taken the best bits of the vintage Sonic games and created something that’s more than just a cynical throwback. It’s a game that fizzes with colour, passion, and personality, and it’s clear it was made by people who really love the series. You couldn’t make a game like this without having a fundamental  understanding of what makes Sonic great, and I’m glad Sega took this gamble. The rumours are true: Sonic is good again.

A breakneck platformer that uses classic Sonic as a foundation for something fresh and exciting.