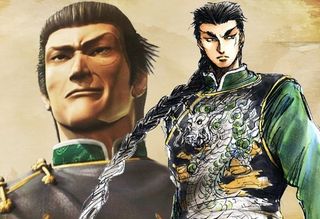 Shenmue 3 developer Ys Net ruffled some feathers recently when it decided not to extended backer rewards that had previously been offered as “Kickstarter exclusives” to PayPal supporters. It was a strange move on the face of it, because the studio claimed there was a “strong response” from people who wanted to maintain exclusivity, but the results of two polls it conducted in December indicated the opposite: There were more people who wanted to open up the rewards than there were who wanted to keep them exclusive. But the majority of respondents said they didn't care one way or the other, and that's where things got tricky.

“Since the launch of the Paypal campaign we have received numerous requests to remove exclusivity from certain Kickstarter rewards and make them available for the Slacker Backer campaign as well,” a representative explained in an email. “We held the poll as a method to gain more accurate insight on backer opinions concerning this matter since we could not be sure that the requests we received represented the opinion of the vast majority of the backers.”

Ys Net's “foremost consideration” was upholding the promise it made during the original campaign, he said, and so it would only be willing to change that position if the majority of its backers supported doing so. That wasn't the case.

“The majority of respondents did not feel strongly enough about exclusivity to vote either yes or no. While the votes in favor of removing exclusivity marginally outnumbered those against, they did not represent a majority opinion in the poll. The poll numbers do show that there are also many backers who do not wish to give up their exclusive rewards,” the rep continued. “We feel that the logical conclusion to these results is to leave exclusivity as it is because there was not enough support to justify making an exception to go back on our original promise.”

Put that way, it's a reasonable position to take. Indifference isn't the same as support, and if the goal was to determine whether this was something people actively wanted, the poll results don't point in that direction. (Also bear in mind that less than a quarter of the eligible respondents actually bothered to cast a vote.) I don't necessarily think it's a good decision, but at least there's a rationale for it.

As for the possibility of balancing the scales with PayPal-exclusive rewards, the rep said there are currently no plans to do so, but they're open to suggestions. Maybe it's time for another poll?