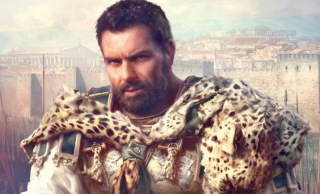 Sega has announced that all of its physical PC releases in Europe will be adopting recyclable cardboard packaging.

While the first game to be released since this announcement will be a re-release of Total War: Rome 2, the three-disc Total War: Rome 2 – Enemy at the Gates Edition, the move comes after Football Manager 2020 developer Sports Interactive pushed for it.

We're pleased to announce that all of our future physical releases of PC games will be launched in fully recycled packaging! Total War: ROME II – Enemy at the Gates Edition from Creative Assembly signals our intent to continue with this environmental initiative. pic.twitter.com/SlPcUCikn3January 30, 2020

The process of convincing Sega to produce environmentally-friendly boxes for its games was detailed in a particularly interesting video by People Make Games, who talked to Sports Interactive's studio head Miles Jacobson. The design process for the boxes took approximately six months, and he had already slipped the extra 22 cents needed to produce them versus standard plastic boxes into the studio's budget before approaching Sega with the idea.

Of course, the discs Sega use are still plastic and can't be recycled in the same way. There are biodegradable blu-ray discs out there, and have been since around 2004, however they never really caught in in a major way. Plus with PC games generally just needing a serial code to register, is a disc even necessary?

At the moment, this rollout only applies to games released by Sega Europe for PC. That isn't to say this won't expand elsewhere though, as People Make Games noted that Sega was planning this for both the West as a whole and, potentially in the Japanese market.

Honestly, I don't see why publishers haven't embraced biodegradable packaging sooner. Embracing eco-friendly practices is almost always guaranteed good PR, and, on a much more cynical level, having the boxes decay over time seems like an excellent way of putting a wrench in the works for the second-hand market.

Games like Rome 2 will still require redeeming on Steam before they can play, even with physical discs, which comes with its own set of emissions, but this is a start. It's an excellent move from Sega and I really hope other publishers follow its example.