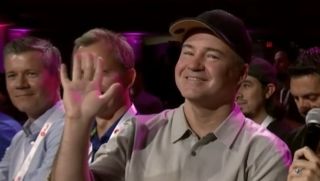 Electronic Arts founded DICE LA in 2013 atop the rubble of Danger Close Games, which was closed in January of that year following the release of the very bad Medal of Honor: Warfighter. As IGN reported at the time, it was intended to be "an expansion" of the Stockholm-based DICE, "just in a different geographical location," and thus far it's functioned almost exclusively in that capacity, contributing to a trio of Battlefield games (1, 5, and Hardline) and Star Wars Jedi: Fallen Order.

That's going to change in 2020, however. A Los Angeles Times report says that Respawn Entertainment co-founder and CEO Vince Zampella is going to assume leadership of the studio, which is expected to begin working on a new, original game, likely under a new name.

"We will probably rebrand," Zampella said. "We want to give it a new image. We want people to say, 'This is a destination you can go and make new content.' I think they’ve kind of gotten the branding that they are the support studio for DICE Stockholm. I think rebranding is important for showing people, 'Hey! Come work here. We’re going to do some amazing things'."

EA chief studios officer Laura Miele said the company expects the revamped studio will "work on and create a game on their own" under Zampella's leadership.

"And I genuinely believe that he is going to help guide them creatively. He’s going to help them further fortify and build out their talent and their team," Miele said. "I think we’re going to have a really strong studio out of our Los Angeles location. They can go from a support team to a full stand-alone studio to create a new game offering."

Zampella emphasized that the studio's new direction will be entirely separate from DICE and Respawn. Along with his new duties at EA DICE, or whatever it ends up being called, he will also remain at the head of Respawn.