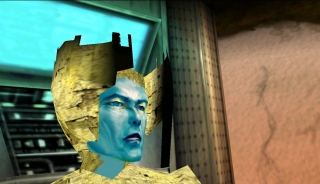 Square Enix has made Omikron: The Nomad Soul free until 9am GMT, Friday 22 January in tribute to David Bowie, who played central character Boz and collaborated on the score, songs from which later appeared on his Hours album. To claim the game, head over to the Square Enix store, add it to your cart and go through the checkout to receive a Steam code.

FYI - for the Bowie fans out there, we're making Omikron: The Nomad Soul free for anybody that wants to check it out.January 15, 2016

In Omikron, you inhabit the bodies of people you encounter. It's one of David Cage's haphazard brainchildren, mashing what seems like every line of thought that occurred to him into a single game, blurring genres and engaging with the audience in sporadic bouts of fourth wall-breaking. The chaos couldn't be more fitting.