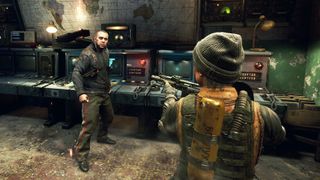 Metro Exodus's Epic Games Store exclusivity is almost up, so if you've been waiting for it to launch on Steam, you'll finally be able to start playing on February 15. Deep Silver has also posted the regional release times, so you can set your watch.

Andy Kelly gave it 78 in his Metro Exodus review, calling it an "incredible trip through a stunning post-apocalyptic world, let down by some uninspiring FPS combat."