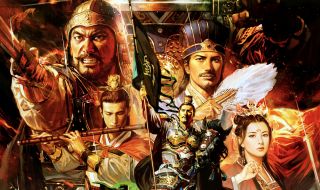 Koei Tecmo is well-known for a few things: Team Ninja's Dead or Alive and Ninja Gaiden, Omega Force's Dynasty Warriors series and its many spin-offs, and most recently, the Dark Souls-inspired Nioh. But most famous, at least in Japan, is its long-running series of strategy games based on Romance of the the Three Kingdoms, which debuted on Japanese PCs in 1985(!). It turns out that same development team that makes Romance has recently been busy with a different strategy series, doing most of the work for Nintendo on its newest Fire Emblem game for the Switch.

"Intelligent Systems provided Koei Tecmo with a minimum crew of several designers, a music composer, and an adviser to the programmers... we then left Koei Tecmo in charge of basic game development," said director Toshiyuki Kusakihara (Intelligent Systems is the studio behind Fire Emblem and Advance Wars).

In a Famitsu interview translated by Nintendo Everything, Kusakihara said that the Romance of the Three Kingdoms team were "well-renowned" for making strategy RPGs. "They're the best of the best," he said, and it was only after Intelligent Systems decided to give the Romance team the project that they "considered their sense of world-building with three balanced kingdoms." That's how Fire Emblem: Three Houses came to be.

It seems safe to say that the new Fire Emblem's structure would have turned out quite differently without Koei Tecmo's involvement. And taken longer to finish, according to the interview. Judging by overwhelmingly positive reviews of Fire Emblem: Three Houses, which note how effectively it changes up the Fire Emblem formula, the partnership paid off.

Sadly we can't play the new Fire Emblem on PC, though as Tom points out, it'd make for a great PC series. But if the Fire Emblem buzz has you curious, you can play Romance of the Three Kingdoms on PC. While many of the older games in the series were only released in the west on the PlayStation, Romance of the Three Kingdoms 13 is available on Steam.