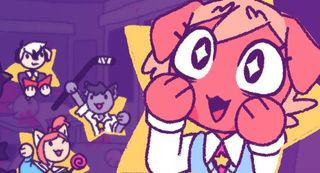 The publishers of the Choose Your Own Adventure books, Chooseco, is claiming trademark infringement on several developers who have released games on itch.io that describe themselves as "choose your own adventures." The infringement notices are being sent to the Itch.io gaming storefront and have resulted in four games' pages being suspended.

Itch.io founder Leaf Corcoran took to Twitter to warn developers about the notices.

warning to any devs using the phrase "choose your own adventure" to describe their games, Chooseco is issuing takedown notices to @itchio for trademark infringement. Example game page they went after: pic.twitter.com/YG0JGUoHAADecember 9, 2019

This is not the first time that Chooseco has enforced its trademark. Back in 2007, the company sued Chrysler over a Jeep marketing campaign for using the tag line "Choose Your Adventure" and then it also accused Netflix over the interactive Black Mirror episode Bandersnatch, where a character refers to a 'Choose Your Own Adventure' book.