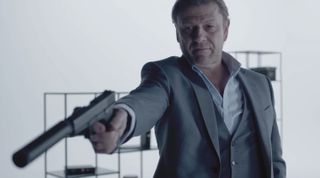 Hitman 2's final mission launched back in September, so Agent 47's latest outing is now winding down. Thanks to the holidays and its anniversary, it was busy at the end of the year, but things are going to be a bit quieter now that we're in 2020. At least you'll be able to hunt down Sean Bean again.

Most of the team has been moved over to the next Hitman, but Hitman 2 still has some life in it. Across the year, new contracts created by the community will be available, along with reactivated Elusive Targets, starting with the first one from 2018, Sean Bean.

You'll be able to take another crack at the Undying mission from January 17, and today you can check out the first Featured Contracts of the new year, each with the theme of 'stay frosty'. More contracts will appear on January 23, curated by community member MulletPride.

Are there any Elusive Targets you missed the first time around? I've been filled with regret over not killing Sean Bean (the first time it's probably happened to him) so I'll almost certainly be rectifying that next weekend.