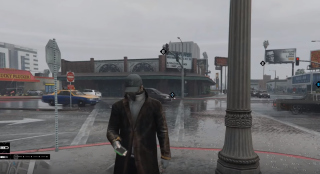 Watch Dogs may not have pleased everyone, but its hacking systems were a lot of fun. Wreaking traffic chaos with a single button press was a huge delight, especially if you're into low effort / high yield destruction like me. So it's nice to see someone has finally modded Watch Dogs protagonist Aiden Pearce into Los Santos, along with most of his familiar hacking skills and, if my memory serves me correctly, even some that don't appear in the original game.

As the video above demonstrates, all of the most common hacking abilities are there, including the ability to raise traffic barriers and change traffic lights. You can also control vehicles with more freedom than Watch Dogs allowed.

Created by JulioNIB, the mod is available to download over here. It follows a similar mod released back in 2014 for GTA IV, which Chris Livingston enjoyed at the time.

Shaun is PC Gamer’s Australian Editor. He loves masochistic platformers but lacks the skill and grace to complete them. He has four broken keyboards hidden under his desk, filed between an emergency six-pack of Reschs and five years worth of XXL promotional t-shirts. He stares out the window a lot.
See comments