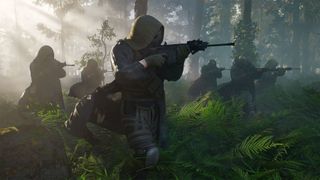 Update: The Ghost Recon Breakpoint open beta is now live, according to Ubisoft, but  on Twitter many prospective players are reporting that they're still unable to access the game. The 'INFINITY-00000' error code seems to be the common thread in the complaints.

Original story: Ghost Recon Breakpoint's open beta was due to begin earlier today, but Ubisoft has pushed back the launch while it investigates a connection problem.

When the beta didn't start as planned, Ubisoft informed players that some final preparations were causing a delay.

"In order to guarantee a smooth experience for all players we need to finalize the preparation of our infrastructure before we can open the servers to everyone," the forum post reads. "This preparation is taking longer than planned and we must delay the start of the Open Beta while we ready the infrastructure."

After a couple of hours, Ubisoft updated the post, explaining that the team is investigating an issue that's impacting connection. A solution is still being worked on, but it should be available later today, according to the UK Twitter account.

Apologies for the delay. The Ghost Recon: Breakpoint Open beta should be available later today. Thank you for your patience, More info here: https://t.co/ETlpHMrO7e & follow @UbisoftSupport for the latest updates.September 26, 2019

While you wait, why not give our Ghost Recon Breakpoint preview a read?