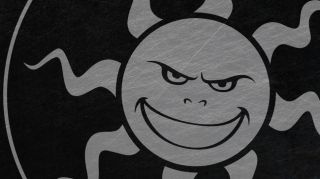 Update: The executive has now been named as Starbeeze's former CFO Sebastian Ahlskog.

Original: An unnamed executive at Payday publisher Starbreeze has been convicted of insider trading.

Following this, Starbreeze announced it would be undergoing a corporate restructure and refocusing its efforts on its most popular series, Payday. Before the restructuring was announced, two executives, including Andersson, were alleged to have sold their shares in the company, leading to a raid by the Swedish police and an investigation into insider trading.

Andersson was later cleared in January 2019 when it emerged he had been forced into selling his shares. The second person, however, has now been convicted and fined. According to the Swedish outlet Dagens Industry, the combined amount of fines and recovered assets adds up to around SEK 700,000, or £58,121.

Starbreeze continues to struggle. In June 2019, a quarter of its staff was laid off as it desperately tried to keep afloat, and in its end-of-year financial report it admitted to losses totally $12 million. Overkill have returned to updating Payday 2 while Starbreeze looks for a partner in publishing the in-development Payday 3.