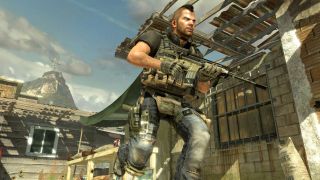 Update: Call of Duty: Modern Warfare 2 Remastered has vanished from the PEGI website, but you can see what was originally posted below.

Original story: The rumoured Call of Duty: Modern Warfare 2 remaster has appeared on PEGI's website. It's yet to be officially announced, but getting a rating from PEGI is a pretty good indicator that it's coming. It was originally rumoured to be coming in 2018.

Details are sparse, and the listing is specifically for the campaign and only mentions PS4 and a February 28 release date, which has come and gone. It's very unlikely that it will be a PlayStation exclusive, even though a deal with Sony means that PS4 users get Call of Duty updates a little bit earlier than everyone else.

Call of Duty: Modern Warfare 2 launched in 2009, making this the year of its tenth anniversary, a pretty fitting time to release a remaster. It's usually hailed as the best of the series, too, so if you missed it the first time around, this will be a good chance to see what the fuss is about.

Hopefully the launch will be smoother than the last remaster's, which garnered a lot of criticism from players over poor performance and issues in multiplayer. The negative rating it received on Steam in 2017 has risen to a mixed rating, but apparently not a lot of people are playing. According to SteamDB, the 24-hour peak concurrent player count is 52.